In 2000, the American Academy of Pediatrics advised parents to keep children as far away from peanuts as possible, in order to avoid potential allergies - it seemed like a good idea at the time. But now, a new study has found that in the long run, that actually did more harm than good, and if we want to fight allergies, we should be feeding our children peanuts.

In 2000, the American Academy of Pediatrics advised parents to keep children as far away from peanuts as possible, in order to avoid potential allergies – it seemed like a good idea at the time. But now, a new study has found that in the long run, that actually did more harm than good, and if we want to fight allergies, we should be feeding our children peanuts. 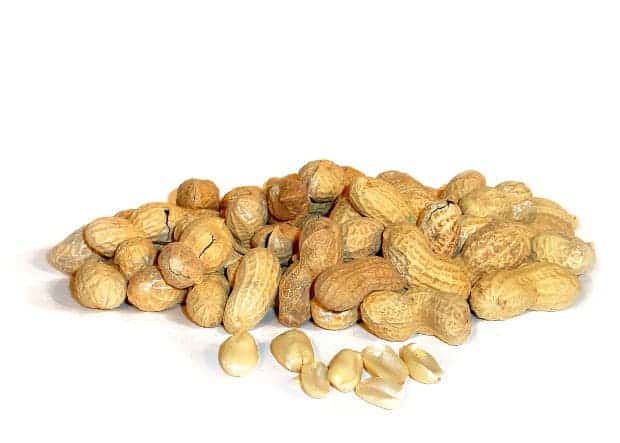 Special Mention: if your child is allergic to peanuts DON’T give him peanuts! This can go tragically wrong, for obvious reasons. You can, in certain conditions, under strict medical supervision (and only following a medic’s advice), administer small, incremental peanut doses which may help his condition – but there are a lot of if’s and a lot of maybe’s here.

What this study found is that small children who avoided peanuts for the first five years of their lives were up to seven times more likely to wind up with a peanut allergy than kids who ate peanuts regularly. So, if your child has no history with allergies, it’s safer to give him peanuts at a young age.

“Food allergies are a growing concern, not just in the United States but around the world,” said NIAID Director Anthony S. Fauci, M.D. “For a study to show a benefit of this magnitude in the prevention of peanut allergy is without precedent. The results have the potential to transform how we approach food allergy prevention.”

Researchers led by Gideon Lack, M.D., of King’s College London, designed a study called Learning Early About Peanut Allergy (LEAP), based on observations conducted on Israeli children. They did this because Israelis generally consume high quantities of peanut butter from an early age, and they also have a very low incidence of peanut allergy – scientists suspected there might be a connection between the two, and as it turns out, they were right. They found a whopping 81% reduction of peanut allergy in children who consume peanuts regularly compared to those who avoided eating peanuts.

“The study also excluded infants showing early strong signs of having already developed peanut allergy. The safety and effectiveness of early peanut consumption in this group remains unknown and requires further study,” said Dr. Lack. “Parents of infants and young children with eczema or egg allergy should consult with an allergist, pediatrician, or their general practitioner prior to feeding them peanut products.”

The findings seem to offer fresh support for the so-called hygiene hypothesis. The hygiene hypothesis  states that a lack of early childhood exposure to infectious agents and parasites increases susceptibility to allergic diseases by suppressing the natural development of the immune system. The same thing could go for peanuts and other food products – if you’re not exposed to them as a child, you’re much more likely to develop an allergy to them.

The study may also help future dietary recommendations and may one day lead to reducing the incidence of peanut allergy, especially since the incidence of the allergy has grown dramatically, from 0.6% in 1997 to 1.4% in 2008 – it’s more than doubled in 11 years!

“Prior to 2008, clinical practice guidelines recommended avoidance of potentially allergenic foods in the diets of young children at heightened risk for development of food allergies,” said Daniel Rotrosen, M.D., director of NIAID’s Division of Allergy, Immunology and Transplantation. “While recent studies showed no benefit from allergen avoidance, the LEAP study is the first to show that early introduction of dietary peanut is actually beneficial and identifies an effective approach to manage a serious public health problem.”