Women who go into pregnancy overweight risk giving birth to children with lower IQs, a new study published in the journal Pediatrics claims. 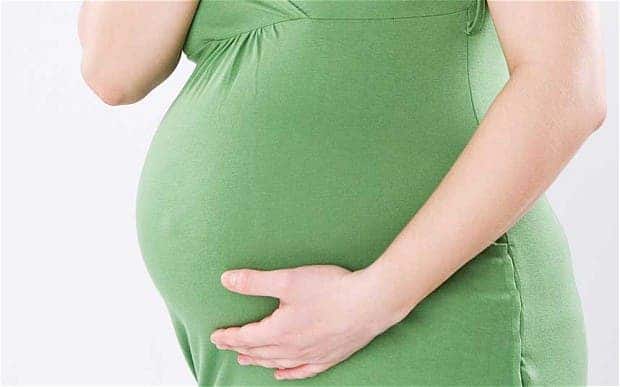 While the findings don’t necessarily suggest that maternal weight affects children’s mental abilities, researchers stand by their conclusions, which is that heavy mothers tend to have a somewhat lower IQ than their peers. The study was led by Emre Basatemur, of the Institute of Child Health at University College London; he and his colleagues analyzed nearly 20,000 UK children who were tested on verbal ability, number skills and reasoning skills at the age of 5 and again at the age of 7.

The results didn’t show a major discrepancy, but they did suggest that children of mothers who were overweight going into pregnancy scored slightly lower on the intelligence tests; again, the differences weren’t big, but were consistent. The researchers found that every 10-point increase in a mother’s body-mass indexes (an extra 60 pounds for an average-height woman) could be associated with a 1.5 dip in the children’s IQ score.

Furthermore, the cause of the associations is still unclear, and from what I could read, researchers don’t know for sure if the mother’s weight directly affects the children’s weight or if there are some other factors involved (like say, women who better educate their children in early years tend to be slimmer).

“The association observed in our study accounts for a small amount of the overall variation seen in children’s cognition,” the study author explained.

Other experts agree that in this kind of study it’s hard to pinpoint a cause-effect relationship.

“You can’t conclude from this that women should try to attain a healthy weight before pregnancy in order to improve their child’s cognition,” Dr. Ryan Van Lieshout, assistant professor of psychiatry and behavioral neurosciences at McMaster University in Hamilton, Ontario, explained.

Still, despite these uncertainties and skepticism, most of the research conducted on the matter suggests the same thing: there is a relationship between the mother’s weight and the child’s IQ.

“The association observed in our study may be a further reason to follow this advice, and reinforce the need … to reduce the prevalence of overweight and obesity in women of childbearing age,” Basatemur said.