Why eating lots of sugar makes you fat

by Elena Motivans
in Biology, Health & Medicine, Nutrition, Science ABC
Reading Time: 4 mins read
A A
Share on FacebookShare on TwitterSubmit to Reddit

It’s no secret that binging on sweets and sodas often makes you gain weight. The body uses carbohydrates for energy, but too many simple sugars get broken down into glucose and enter the bloodstream very quickly. This speed is what is responsible for a sugar rush and crash. Sugar alone doesn’t make you full, so you may still eat more and more. After taking what it needs for energy, the body stores extra sugar in fat cells. Eating an excess of sugar for a long time, without exercising to burn it off, can result in a weight gain. 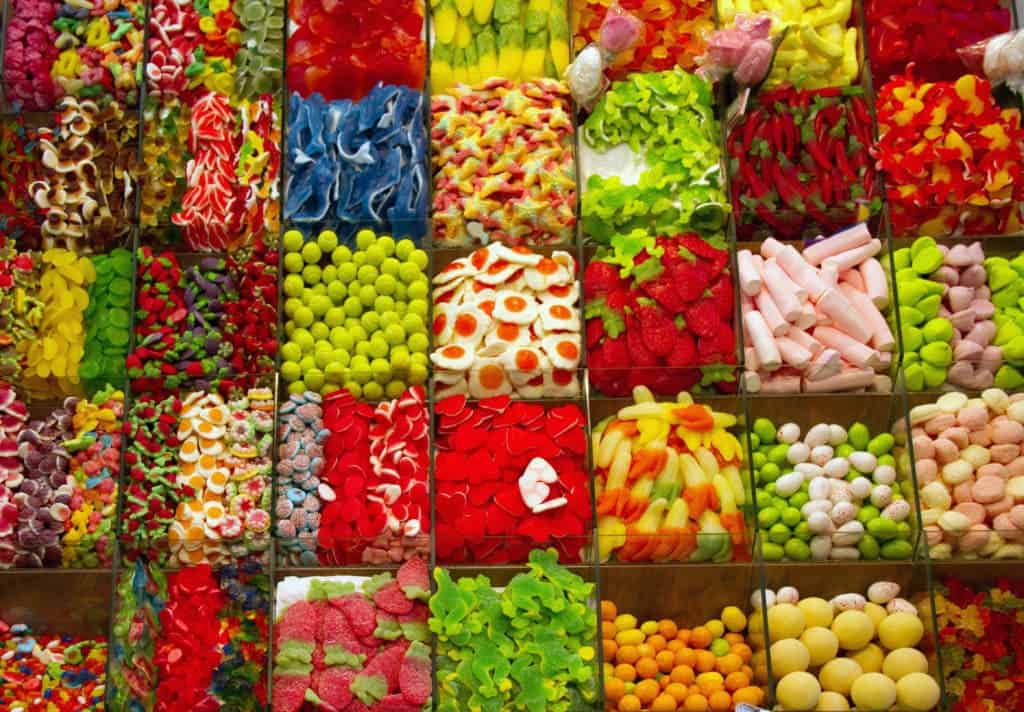 The grains that we eat and call carbs are almost pure glucose. They go into the bloodstream slowly because it takes a while for the enzymes in the intestine to break them all down. Glucose then travels through the portal veins. The first stop is the liver. If the liver needs energy, then it will take in glucose. If the liver already has enough energy, then most glucose bypasses the liver and goes to the rest of the body. Other parts of the body take the glucose that they need for energy, such as muscles or organs.

Fructose from juices and soda also goes into the intestine and is delivered straight to the liver. However, an enzyme in the liver is permanently turned on so it always takes fructose even if it already has enough energy. Only a tiny fraction of fructose gets delivered to the rest of the body. When too much fructose or glucose builds up in the liver, it gets stored as fat. When there is more liver fat, more fat is released into the bloodstream. This, in turn, results in higher levels of triglycerides and cholesterol, which could cause heart disease. When someone eats a lot of sugar for a long time, without burning it off, the fat accumulates and make them fat.

The liver works with the pancreas to regulate blood sugar and fat cells. Pancreas beta cells keep track of the amount of glucose in the bloodstream and release the hormone insulin to control the amount. Insulin is like police that keeps the amount of glucose in the bloodstream at a good level. Let’s say you eat a whole carton of ice-cream. After going through digestion, the sugar enters the bloodstream. When the pancreas senses that there’s a lot of sugar, it secretes insulin, which causes sugar to go to cells, such as liver and muscle, so they can use it as energy. If you consume more sugar than you need, it is stored for when you need a boost. Either way, it’s taken out of the bloodstream if there’s too much. When the body needs energy, like between meals and during the night, low insulin lets sugar be released into the blood.

When there is too much liver fat, insulin can’t work very well, which can cause diabetes. The body doesn’t produce enough or any insulin and blood sugar can reach levels that are dangerous for the body. Diabetes sufferers need to constantly measure their blood sugar and take insulin externally if it is too high.

Carbohydrates are the main source of energy for our body. However, not all carbs are equal— a soda is not digested in the same way as pasta or bread. The best sugars come from fresh produce or from complex carbs, like pasta. They provide sustained energy while sugary treats don’t fill you up. When you eat food that contains simple sugars like those found in soda, the digestive system breaks them down and releases them into the bloodstream very quickly. They are empty calories; they only give energy, but nothing else nutritional. Energy from soda or candy spikes very quickly, but the sugar from a piece of fruit lasts longer because it also contains fiber which slows down digestion. Additionally, fructose, found in sweeteners, sauces, salad dressing, among others, doesn’t suppress hunger. Your body doesn’t know when you’ve had enough so it keeps getting turned into fat. Indeed, in a study, people that ate fructose gained lots of stomach fat.

The recommended amount of sugar for an adult is 25 g a day. However, the average person eats more than twice as much. It’s not completely your fault, it does feel good to eat sugar. When you eat sugar, the brain releases dopamine and serotonin which boost the mood. Unfortunately, eating too much sugar comes with a slew of heart problems, including obesity, heart disease, and diabetes. There is too much of a good thing.