Multiple Sclerosis (MS) is one mean, hard, disease. It’s an autoimmune disease – your body basically fails to identify itself, and starts attacking itself, and treatment is very difficult.

In MS, the immune system attacks and destroys myelin, the insulating layer that forms around nerves in the spinal cord, brain and optic nerve. When the insulation is destroyed, electrical signals can’t be conducted properly and all sorts of problems start appearing – from mild numbness to paralisys. 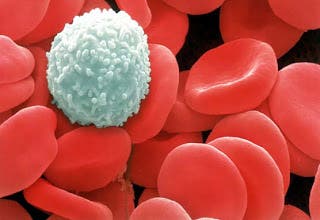 “The therapy stops autoimmune responses that are already activated and prevents the activation of new autoimmune cells,” said Stephen Miller, the Judy Gugenheim Research Professor of Microbiology-Immunology at Northwestern University Feinberg School of Medicine. “Our approach leaves the function of the normal immune system intact. That’s the holy grail.”

Current MS treatments are pretty difficult, basically shutting down pacients’ immune systems, rendering them vulnerable to many other complications, like infections or even cancer. But in this Phase 1 clinical trial, the immune system wasn’t shut down and still managed to reduce patients’ immune systems’ reactivity to myelin by 50 to 75 percent.

“In the phase 2 trial we want to treat patients as early as possible in the disease before they have paralysis due to myelin damage.” Miller said. “Once the myelin is destroyed, it’s hard to repair that.”

In the trial, white blood cells were filtered out, processed, and then treated with myelin antigens by a complex GMP manufacturing process developed by the study co-senior authors, Roland Martin, Mireia Sospedra, and Andreas Lutterotti and their team at the University Medical Center Hamburg-Eppendorf. Then billions of these dead cells secretly carrying the myelin antigens were injected intravenously into the patients. The cells entered the spleen, which filters the blood and helps the body dispose of aging and dying blood cells. During this process, the immune cells start to recognize myelin as a harmless and immune tolerance quickly develops.

More info about the study on Northwestern.