A new sign language that's only recently emerged in an isolated community is unlike anything linguistics have been used to.

by Tibi Puiu
in Mind & Brain, Neurology
Reading Time: 3 mins read
A A

There are over 6,900 language currently spoken in the world, yet all of these are similar in at least one respect: duality of patterning. Study any spoken language and you’ll find it is based on a specific core value: complex linguistic units that have meaning (words) are broken down into constituting  fundamental linguistic units that have no meaning (sounds). So, instead of having to remember and distinctly utter a sound for every word in the lexicon, humans have learned to combine a much smaller number of sounds to form words. Though still debatable, most linguistics agree that this optimal route of patterning sounds to form language is actually rooted in our biology. This is how all languages work, so it must be in our genes which have adapted to evolutionary pressure to lend us words when beating stones and screaming didn’t cut it anymore. A growing new language, however, may dismiss this theory altogether.

The consensus is that language was spurred by evolution and as such there must be a gene that encodes it. The fact that all languages employ the same duality of pattering has so far supported this idea. But what about  Al-Sayyid Bedouin Sign Language (ABSL)? This peculiar form of sign language recently emerged in a small community with high rates of inherited deafness in Israel’s Negev Desert (inbreeding seems to be the cause) and seems to work, on a structural level, in contradiction with anything we’ve been used to. Instead of using vowels or syllables, ABSL defines words by holistic gestures, so every word has its own distinct combination of gestures. The word “lemon” for instance is conveyed by gesturing a lemon squeezed in the hand. In contrast, other sign languages like American Sign Language (ASL) create words by re-combining a small collection of gestural elements such as hand shapes, movements, and hand positions – just like any other spoken language for that matter.

[NOW READ] Languages are being killed by economic growth 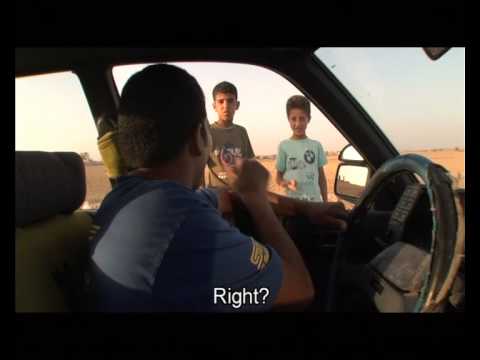 The documentary Voices From El-Sayed considered what would happen to the village when children living there started receiving cochlear implants.

ABSL can now be given as an argument by those who don’t believe these’s a genetic basis for the similarities found across all languages. How can the prevalence of duality of patterning be explain then? Instead, duality of patterning might be better explain from a mathematical point of view – it’s simply the most optimal solution, requiring the least amount of energy to be widely employed. ABSL might not use it because it hasn’t reached critical mass yet. It may still be useful to convey unsophisticated meaning, but try conveying words like “quantum computing” and an ABSL speaker might feel stumped.

When we take into account a study authored by  Tessa Verhoef of the University of Amsterdam, things get even more complicated. Nautilus covers the story:

People tried to reproduce a mere 12 sounds of a “language” produced on a slide whistle. Each person’s attempts to replicate the language served as the new version of the language to be learned by the next subject, so that each new learner represented a “generation” in the life of the language. Over just 10 “generations,” learners began to change the original sounds to involve combined sequences of smaller sound patterns. The later iterations of the language were easier to learn than the original holistic sounds, suggesting there’s a learning advantage to breaking down even a very small number of complex sounds into smaller ingredients. In some cases, at least, duality of patterning kicks in at a surprisingly small number of “words.”

It’s clear that ABSL works because it relies on conveying concrete meaning, instead of abstract meaning. But considering Vorhoef’s study, we’ve yet to settle the debate. The best course of action may be simply to wait and see how ABSL develops. We rarely get the chance to see a language incubate and grow before our very eyes. It should be a very interesting experiment!