Women are more likely to wear pink and red during ovulation

by Mihai Andrei
in Mind & Brain, Psychology
Reading Time: 2 mins read
A A
Share on FacebookShare on TwitterSubmit to Reddit

It has been previously shown that during ovulation, women tend to increase their attractiveness to men (though not necessarily conscious). Not only do they change their voice pitch [1], but they also tend to dress more fashionable [2]. A new study published in Psychological Science adds to this growing body of research by suggesting that ovulating women may also choose inviting colors when ovulating. 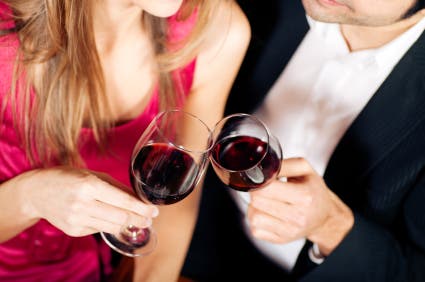 The idea which sparked this research was a previous study, which concluded that men find women dressed in red most attractive. Why? That’s not entirely clear, but there are a few theories – the most notable is that women naturally become pink or red during sexual intercourse, in a type of ‘sexual blushing’. This idea is also strengthened by the fact that we like women who dye their face with red (lipstick).

In order to test this idea, researchers had 100 American and 24 Canadian women fill in a survey, in which they told the color of the shirt they were wearing, and the number of days since their last period. Specifically, in the American sample, 40% of the women in the likely ovulation group were wearing red/pink compared to 7% in the unlikely ovulation group (the numbers were 26% vs. 8%, respectively in the Canadian sample). Another way to look at the same data is that 80% of all women who are wearing red and pink are likely to be ovulating.

While this does seem like a very interesting ideqa and does make evolutionary and physical sense, I’d like to see the same study conducted on a much larger sample size, and preferably, from more countries – it’s quite possible that this may be a cultural variation.