A team of researchers from the Colorado University has found that the tendency to procrastinate is also influenced by genetic factors – the same genetic factors which are linked to impulsiveness. 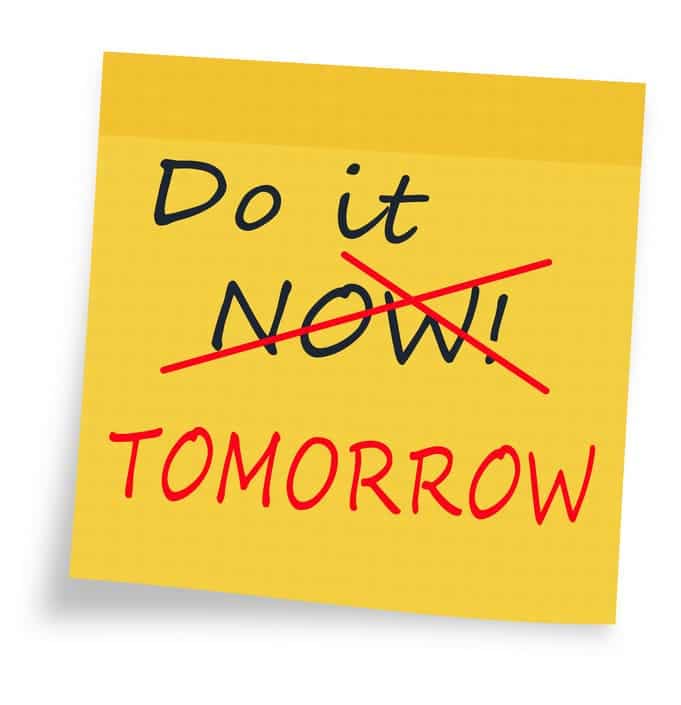 Before you start blaming your family for your lack of productivity, you should know that procrastination is still mostly your fault – genes are just another thing to factor in. In other words, when it comes to delaying tasks, not all are made equal – at least that’s what this study concludes.

Prior research has suggested that there is a connection between impulsiveness and laziness. Being impulsive has a significant evolutionary advantage, likely helping our ancestors with everyday survival. Procrastination, on the other hand, is believed to be a modern phenomenon, and it clearly has no advantage – so how come these two are linked ? The researchers also suggest that procrastination is an evolutionary by-product of making the rash decisions that go along with being impulsive.

“Learning more about the underpinnings of procrastination may help develop interventions to prevent it, and help us overcome our ingrained tendencies to get distracted and lose track of work,” study author Daniel Gustavson said in a statement.

Impulsiveness and procrastination are linked because they are both goal management related.

Gustavson and colleagues are now investigating how procrastination and impulsivity are related to higher-level cognitive abilities, such as executive functions, and whether these same genetic influences are related to other aspects of self-regulation in our day-to-day lives.

“Learning more about the underpinnings of procrastination may help develop interventions to prevent it, and help us overcome our ingrained tendencies to get distracted and lose track of work,” Gustavson concludes.