Going inside the unconscious brain

by Mihai Andrei
in Mind & Brain

A new study published by MIT revealed, for the first time, what happens inside the brain when you go unconscious. 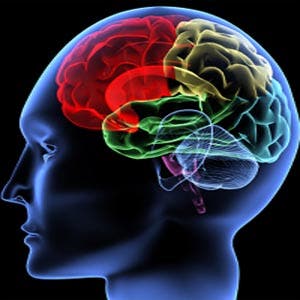 By monitoring the patients’ brain as they were given anesthetics, the researchers were able to identify a distinctive brain activity pattern that occurred as unconsciousness settles in. The pattern can be characterized by a breakdown between different regions in the brain – each of which exhibit short activity bursts, followed by prolonged periods of silence.

“Within a small area, things can look pretty normal, but because of this periodic silencing, everything gets interrupted every few hundred milliseconds, and that prevents any communication,” says Laura Lewis, a graduate student in MIT’s Department of Brain and Cognitive Sciences (BCS) and one of the lead authors of a paper describing the findings in the Proceedings of the National Academy of Sciences this week.

The study could be very useful, helping researchers understand why some patients suddenly wake up during surgery, or why some stop breathing after given anesthetics.

“We now finally have an objective physiological signal for measuring when someone’s unconscious under anesthesia,” says Patrick Purdon, an instructor of anesthesia at MGH and Harvard Medical School and senior author on the paper. “Now clinicians will know what to look for in the EEG when they are putting someone under anesthesia.”

The conclusions were quite suggestive; quite intuitively, people who were given too little anesthetics risked waking up in the middle of the surgery, and those who were given too much risked stopping breathing. But what is the optimal dose? That’s extremely hard to pinpoint because it depends on many factors, but now, doctors can monitor it more accurately, and make an intervention when needed.

“What this study says is that you should be looking at raw EEG in order to observe the oscillations and interpret them. If you do that, you have a physiologically linked way to know when someone is unconscious,” Brown says. “We can take this into the operating room today and give better patient care.”

The team only analyzed a few common anesthetics, and now they are continuing their research to see if other drugs induce the same patterns.

“There are many other drugs — based on EEG studies — that seem like they might be producing slow oscillations. But there are other drugs that seem to be doing something totally different,” Purdon says.