by Mihai Andrei
in Animals, Mind & Brain
Reading Time: 3 mins read
A A
Share on FacebookShare on TwitterSubmit to Reddit

I have never in my life eaten a crab or a lobster, because ever since I was a kid, boiling an animal alive seemed extremely cruel; it just didn’t make sense that an animal doesn’t feel pain – and even today, it doesn’t, to me. Pain is your body’s way of telling you something is damaged and needs fixing. It makes all the sense in the world to know when your body is damaged, so why would crabs miss out on this? 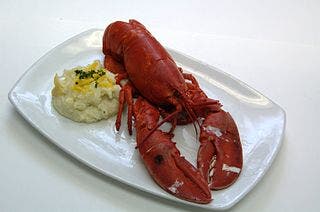 Robert Elwood, an animal behaviour researcher at Queen’s University Belfast delivered a strong speech at the Behaviour 2013 meeting in Newcastle, UK, today, explaining that we need to refine our ideas about animal pain.

Crustaceans — crabs, prawns, lobsters and other creatures — are generally not protected by animal-welfare laws, despite huge numbers of them being caught or farmed for human consumption. The idea people hid behind was that they don’t feel pain, they just exhibit nociception, a reflex response to move away from a noxious stimulus. 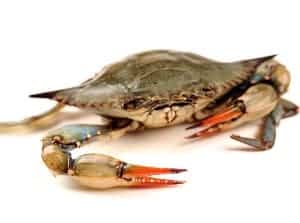 Defended by this false belief, people subjected crustaceans to extremely cruel practices: their legs were removed while they were still alive, they were tightly bound for days in markets, and prawns were impaled on sticks and eaten alive.

Researchers showed that crustaceans not only respond to noxious stimuli simply by nociceptive reflex – instead, long-term motivational change that enables discrimination learning has been demonstrated. To put this simply (and just a bit loosely), they feel pain just like cats and dogs feel it. So either we need to rethink our beliefs on animal pain, or we shouldn’t have any problems about boiling cats and dogs as well. Lobsters shouldn’t be treated any worse than cows are.

In order to reach this conclusion, Elwood and his team conducted two separate experiments. The first one focused on what is called avoidance learning: can the animals actually learn from pain, or do they simply respond in a reflex type of reaction?

To answer this, Elwood and his colleague Barry Magee presented shore crabs with a choice of two different shelters – one of them would shock the creature if it went inside, while the other one was a safe haven. After the second time the experiment was conducted, crabs overwhelmingly chose the safe one. This, says Elwood, shows that the shock is aversive.

In the second experiment, he presented crabs with two types of shell, one of which the animals are known to prefer, and gave them shocks when they chose this. Whenever they were presented with a new shell, even one which they didn’t prefer, they chose it over the first one.

“Assessing pain is difficult, even within humans,” Elwood told the Newcastle meeting. But there is a “clear, long-term motivational change [in these experiments] that is entirely consistent with the idea of pain”.

So the conclusion is simple – we’re not treating all animals equally; we like cats, dogs, and even cows, but we simply ignore the horrendous pain crustaceans are put through.

“We’re behaving in an illogical way at the moment” by protecting mice but not crustaceans, he notes.