by Tibi Puiu
in Mind & Brain
Reading Time: 3 mins read
A A
Share on FacebookShare on TwitterSubmit to Reddit 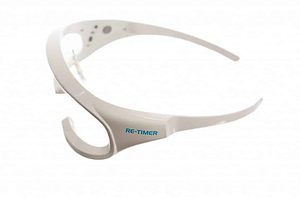 Along with technology came a series of new afflictions that plagued mankind. Most of them are psychological, like internet addiction or the ever worrisome jet lag. The latter is a big problem for millions of people regularly traveling in different time zones, causing them to miss hours of sleep, feel extremely tired, not eat well and feel depressed. Australia’s Flinders University sleep researchers recently released on the market an interesting pair of goggles called the Re-Timer that uses LEDs to regulate light flow and reset your internal clock.

Jet lag has a sort of natural correspondent, although nothing of the sorts as extreme, in the form of seasonal shifts of day and night hours. This is something commonly known as winter blues, and many of us suffer from it, especially when the number of daylight hours is low. Staying too much time indoors is also known to cause a similar affect on people. In all, they all point to the same thing – disruption of the body clock through inconsistent light exposure.

Our bodies have used sunlight to regulate our sleeping and waking pattern, which in term governs our mood and well-being, for tens of thousands of years; early ancestors for much more. The researchers’ device concentrates on this exact light mismatch to counter effects like jetlag, by emitting a soft green LED light into your eyes.

“The light from Re-Timer stimulates the part of the brain responsible for regulating the 24-hour body clock,” Professor Leon Lack said.

“Body clocks or circadian rhythms influence the timing of all our sleeping and waking patterns, alertness, performance levels and metabolism.”

“Our extensive research studies have shown that green light is one of the most effective wavelengths for advancing or delaying the body clock, and to-date is the only wearable device using green light,” Prof Lack said.

“The glasses have been designed to be user friendly and comfortable to wear so people can go about their normal activities wearing them at work or at home.”

The device is explained in a video featured below. The Re-Timer is commercially available for $258. Scientific research that backs the Re-Timer features can be found here.