by Tibi Puiu
in Mind & Brain, Neurology
Reading Time: 3 mins read
A A
Share on FacebookShare on TwitterSubmit to Reddit 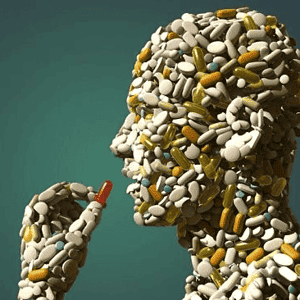 Drug and alcohol addiction affects millions of people around the world, but despite decades worth of research and billions of dollars, our understanding of addiction is still far from being complete. Brigham Young University professor Scott Steffensen and his team have recently contributed with a few pieces in the addiction puzzle, which are of vital importance. Their work suggests that addiction starts with the brain’s attempts to correct excessive dopamine levels triggered by drugs.

“Addiction is a brain disease that could be treated like any other disease,” Steffensen said. “I wouldn’t be as motivated to do this research, or as passionate about the work, if I didn’t think a cure was possible.”

When you abuse the brain, the brain abuses back and heavily cuts on dopamine generation, even when you’re sober and needed it the most

Out of Steffenson’s lab, three research papers came out that detail the brain mechanism when dealing with addiction. The papers are about: withdrawal (The Journal of Neuroscience),  nicotine and alcohol interaction in the brain (The Journal of Pharmacology and Experimental Therapeutics), and the effects of cocaine addiction on the brain’s reward circuitry (Addiction Biology). In all of these cases the common denominator is a magic chemical: dopamine.

Dopamine is an important brain chemical in drug abuse and addiction. Many drugs affect dopamine transmission directly by either blocking or stimulating its receptors. For example, antipsychotic drugs are dopamine antagonists, whereas bromocriptine, used to treat hyperprolactinaemia and Parkinson’s disease, is a dopamine agonist. Most cases of addiction stem from drug abuse, causing an increase in brain dopamine (DA) levels, which at it’s own hand causes increased activity in the brain reward pathway – the pleasure and high feeling.

When drugs and alcohol release unnaturally high levels of dopamine in the brain’s pleasure system, oxidative stress occurs in the brain. Steffenson and his team found that the brain responds by generating a protein called BDNF (brain derived neurotrophic factor). This correcting behavior causes a suppression of dopamine generation, but continues to do so even long after a person had come off the high. So, while the brain was faced with dopamine overload during the drug’s high, afterward it is faced with dopamine deprivation. This dopamine deprivation is what causes the pains, distress and anxiety of withdrawal.

“The body attempts to compensate for unnatural levels of dopamine, but a pathological process occurs,” Steffensen said. “We think it all centers around a subset of neurons that ordinarily put the brakes on dopamine release.”

“I am optimistic that in the near future medical science will be able to reverse the brain changes in dopamine transmission that occur with drug dependence and return an ‘addict’ to a relatively normal state,” Steffensen continued. “Then the addict will be in a better position to make rational decisions regarding their behavior and will be empowered to remain drug free.”