Microsoft sniffs for cancer clues in your search queries

Microsoft researchers data mined health queries and detected pancreatic cancer symptoms before the user even thought about it. 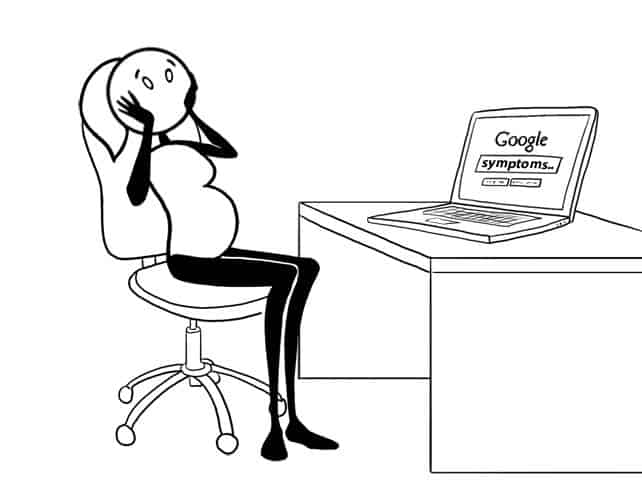 Search engines today use extremely sophisticated algorithms to guess what you’ll be searching for next based on your previous queries. This optimization has paid off very well for companies like Google, for instance, which can use this information to serve you better, more relevant results to queries, but also sell better ads.

It’s thrilling to hear, though, that more or less the same technology is used to predict which people have cancer before they even visited a doctor — powerful tech that’s used to save lives, not just make a hefty profit.

Dr. Eric Horvitz is both a medical doctor and a computer scientist, a double background that serves him well as the head of Microsoft’s newly founded Health and Wellness division.

One day, Horvitz got a call from a friend who was feeling sick. After describing his symptoms, Horvitz advised him to seek medical help. Not long after, the man was diagnosed with pancreatic cancer and died only a few months later.

Pancreatic cancer is one of the most unforgiving diseases out there, with only 3 percent of patients surviving five years after the diagnosis.

Today, Horvitz and colleagues at Microsoft published a paper in which they claim search queries can be used to predict if a person has pancreatic cancer with pretty good accuracy, considering they’re only working with anonymous queries.

Using data from Bing, Microsoft’s search engine, the researchers devised a computer model that could tell if the symptoms people query online are linked with pancreatic cancer. The researchers say they could distinguish between ‘serious’ concerned queries and those based on anxiety. They could also sniff cancer before a person was even considering searching for ‘cancer symptoms.’

Pancreatic cancer is particularly hard to sniff because its symptoms don’t seem very severe: itchy skin, weight loss, light-colored stools, patterns of back pain and a slight yellowing of the eyes and skin. This also made it very interesting to use as a data mining target because the symptoms could be easily confused with other diseases.

According to the paper published in the Journal of Oncology Practice, the researchers could “identify 5% to 15% of pancreatic cancer cases, while preserving extremely low false-positive rates (0.00001 to 0.0001).”

That means 1 in 100,000 to 10,000 people would be informed that they might have pancreatic cancer, but not actually have it. This would scare some, but it would be worth it considering the lives saved. The authors of the paper say this early diagnosis could up the five-year pancreatic cancer survival rate to 5 to 7 percent.

“We are excited about applying this analytical pipeline to other devastating and hard-to-detect diseases,” Horvitz said.

It’s worth noting that the researchers didn’t check their results with the health records of the people doing the online queries since these were anonymous. As such, the team’s claim that it could raise the survival rate, as well as the false positive rate, should be taken with a grain of salt.

Nevertheless, it’s refreshing to see health search queries being put to good use. We now live in an age where people first go to Google to type their symptoms instead of calling their doctors. At least on in ten internet searches are health related.

With no medical training or experience, it’s easy to get lost down a rabbit hole which can cause anxious, sleepless nights. But maybe soon enough, you’ll get a personal health assistant that can actually interpret your illness and pain, then give you the right shove to visit a (human) professional.

“People are being diagnosed too late,” he said. “We believe that these results frame a new approach to pre-screening or screening, but there’s work to do to go from the feasibility study to real-world fielding.”