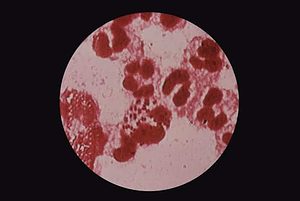 Gonorrhea is one of the most common sexually transmitted disease in the world. It’s been a real pest for centuries, however for decades now effective and simple orally administrated antibiotics have quickly turned this dreaded social stigma and healthcare hazard into nothing more than a common trifle, easily dealt with. The bacterium doesn’t give up that easily though, and along countless generations it has developed immunity to the various antibiotics physicians have thrown at it.

In the past few years, cases of gonorrhea that didn’t respond to treatment were reported through the world. A recent survey found that “incurable” gonorrhea has also reach North America, after researchers at a Toronto clinic found that 6.7 percent of 133 patients that came for treatment still remained gonorrhea-positive after re-testing.

The current antibiotic of choice for treating gonorrhea is a class called cephalosporins. Previously other classes were used, but they steadily lost the battle as the bacterium developed immunity. Thus, sulfonamides lost potency in the 1940s, penicillins and tetracyclines lost effectiveness in the 1970s and ’80s, while fluoroquinolones were permanently retired in 2007.

Previously, individual cases of untreatable gonorrhea were reported in the United Kingdom, Austria, France, Norway, and Japan. This latest survey, led by Vanessa Allen of Public Health Ontario, proves for the first time cephalosporin-resistant gonorrhea has been found in humans in North America.

“These are the clinical cases we’ve been waiting for,” Allen says. “This is the translation of the lab information into what the clinical consequence is.”

Gonorrhea is estimated to infect close to 700,000 Americans each year. Left untreated, it can cause very unpleasant complications like painful urination, abdominal pain, genital discharge, itching and more severely severe pregnancy complications and female infertility. The STD also heightens the risk of acquiring HIV, and babies born to women with untreated gonorrhea are at risk of blindness.

“Our results aren’t generalizable to the overall concentration because they all came from one clinic,” Allen says. “But basically, the problem appears worse than we originally thought.”

Does this mean that gonorrhea will become incurable in the future? Not necessarily. All the nine patients that didn’t respond to the typical oral antibiotics were eventually cured with the injectable antibiotic known as ceftriaxone, which unfortunately has also seen a parallel development of resistance according to Allen. While the antibiotic pipeline is obviously running dry, hopefully alternative forms of treatment may be developed, however it’s unlikely they are as “comfortable” and non-intrusive than cephalosporins.

Considering these recent worldwide cases of drug resistance, the U.S. Centers for Disease Control and Prevention (CDC) recently recommended clinicians no longer prescribe a single antibiotic treatment. Robert Kirkcaldy, of the Division of STD Prevention at the CDC, stated:

“Clinicians must remain vigilant for cephalosporin treatment failures and report suspected cases to the local or state health department,” Kirkcaldy and his colleagues wrote. “Patients with persistent or recurrent symptoms shortly after treatment should be retested for gonorrhea by culture.”

The findings were reported in theJournal of the American Medical Association