by Tibi Puiu
in Discoveries, Health & Medicine, Other 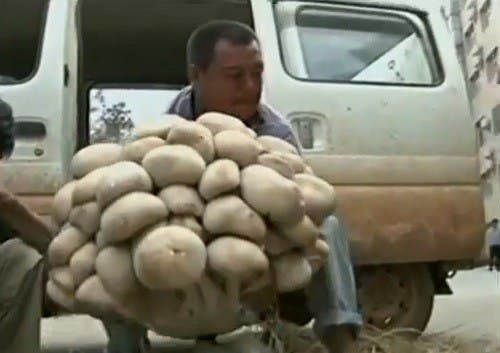 Weighing in at 33 pounds (15kgs), this huge honey mushroom was recently discovered by locals in China’s Yunnan Province. Specialists aren’t sure yet, but the giant fungus could actually be a record breaker.

The large clump of mushrooms, which numbered over 100 caps attached at the base of their stems, caused quite a stir amongst locals.

“I guess this mushroom can be entered into the Guinness World Records,” said one woman as she photographed the ball of grey capped mushrooms.

It’s still yet unclear which species it belongs to, though preliminary findings position the 36-inch diameter mushroom as an edible honey mushroom (Armillaria ostoyae). 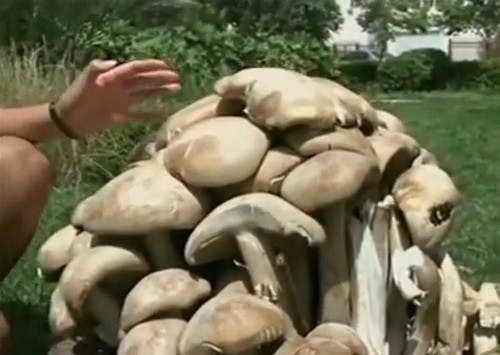 It’s no surprise, however, that this veritable king of the mushrooms was found in an area popularly dubbed the “Mushroom Kingdom of China”. Here more than 250 edible varieties including termite mushrooms (which grow inside termite nests), white jelly mushrooms, greenhead mushrooms and ganbajun mushrooms can be found growing.

The World Record Academy reports that the world’s heaviest fungus on record is a 100-pound mushroom called the “chicken of the woods” found in the UK – it actually tastes like chicken.