by Mara Bujor
in Biology, Environment, Environmental Issues, Genetics, Research
Reading Time: 2 mins read
A A
Share on FacebookShare on TwitterSubmit to Reddit 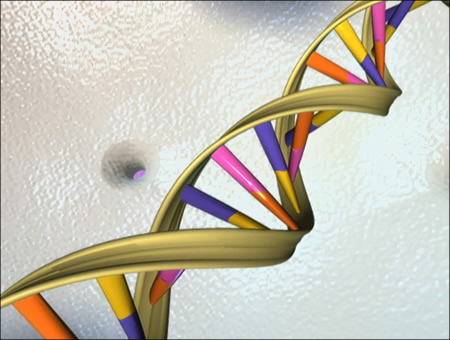 Once the first transplant was conducted the entire history stated to change and since then science has broken a lot of barriers. Now scientists are preparing to create synthetic life forms (don’t think about badass creatures half robots half reptiles, it’s all about bacteria) in order to stop our dependence on fuels (so in a way, it’s even cooler than cyborgs).

An important step has just been made as scientists managed to transplant the genome from one species of bacteria to another species, which developed the same characters with the first one. In a nutshell, they managed to turn one species into another. The entire genetic code from Mycoplasma mycoides was extracted and then transferred to Mycoplasma capricolum, which turned into the first species and behaved like it.

The leader of the research team is Craig Venter, the same scientist who raced to sequence the human genome; now his new purpose being to create “green” microbes in order to produce Earth-friendly fuels for the future.

By practically transforming one species into another, the idea of creating synthetic forms of life seems no longer just a distant dream, but something very likely to happen in the following years. In order to create artificial life the researchers will have to design a new genetic code on the computer and then transplant it into another organism so as to create a new species.

The newly created organisms will produce environmentally-friendly fuels as natural waste products, these fuels breaking our dependence oil oil or coal. Both the fact that they destroy the atmosphere and create massive pollution and the fact that we are running out of traditional sources of energy make everyone pray that the researchers succeed in their attempt. Dr. Venter is quite optimistic: he claims that we will be using the new fuels within a decade.

The new scientific achievement is another sign that synthetic biology is becoming increasingly important. Researchers have already developed the tools to recreate the flu virus which killed millions all around the world in 1918 and they are planning to modify human cells and understand exactly how life works.

All these have clearly raised many questions related to the ethics involved in these experiments. Many fear the risk of terrorists or simply not-very-well-intentioned scientists creating devastating biological weapons. There is also the risk of these organisms escaping the lab and damaging the environment, which is not prepared for them.

However, most people agree with the research as most great discoveries involve a certain degree of risk and the success of this particular discovery could change the world.