This is the first meal made with gene-edited CRISPR ingredients

A biology professor and a reporter, both from Sweden, just served the first dinner made from cabbage whose genome was edited with the CRISPR tool. The two men ate pasta with fried vegetables, but only the cabbage was genetically altered. By all accounts it was delicious but the implications are far more reaching than a full stomach.

To be or not to be a GMO

Stefan Jansson, a biologist at Umea University in Sweden, was responsible for both growing the cabbage and holding the dinner. He planted and tended to the crop in his own veggie garden, before serving it to Gustaf Klarin, the local reporter, who found it delighting.

“To our delight – and to some extent to my surprise – the meal turned out really nice, though,” Jansson wrote. “Both of us ate with great relish. Gustaf even thought the cabbage was the best tasting vegetable on the plate. And I agreed.”

To modify the cabbage, Jansson used CRISPR-Cas9 — a genome editing tool that is creating a buzz in the science world because it’s faster, cheaper and more accurate than any gene editing tool before it. It works like this: an enzyme Cas9 acts as a pair of ‘molecular scissors’ that can cut the two strands of DNA at a specific location in the genome so that bits of DNA can then be added or removed. Using CRISPR, scientists can remove genetic mutations that cause diseases like retinal degeneration or even HIV. The tool could also be potentially used to add genes in a human embryo and make the resulting baby more physically fit or enhance cognition, which is why there are many ethical debates surrounding CRISPR and how to regulate it.

What Jansson did with CRISPR was to remove a small part of the cabbage’s DNA that codes for a protein called PsbS, something which the Swede professor calls a “safety valve in photosynthesis.”

This marks the first time a gene-edited plant was cultivated outside a laboratory. To pull it off, Jansson had a lot of convincing to do but he eventually made it using a loophole. Apparently, his gene-edited cabbage can’t be considered a genetically modified organism by the Swedish authorities because it doesn’t have any foreign DNA inside it — that’s the GMO definition that applies in the EU. So, his cabbage isn’t subjected to EU regulations. It’s just like he planted plain ol’ cabbage. Moreover, Jansson claims the “exact same change can also occur spontaneously – not targeted and on purpose like in this case.”

“Even if the plant was to be seen as GMO, it would probably be impossible for someone who cultivates it to be convicted for something that couldn’t be proven. The fundamental principle ought to be that a prosecutor must be able to prove that a crime has been committed for a person to be convicted for it,” Jansson added.

Check out Jansson’s TEDxTalk from June, 2016 for more on what he’s cooking in his lab. 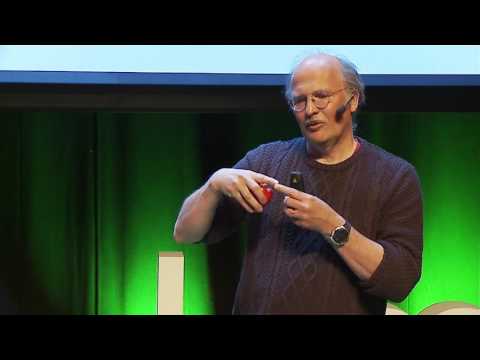