by Mihai Andrei
in Genetics, News 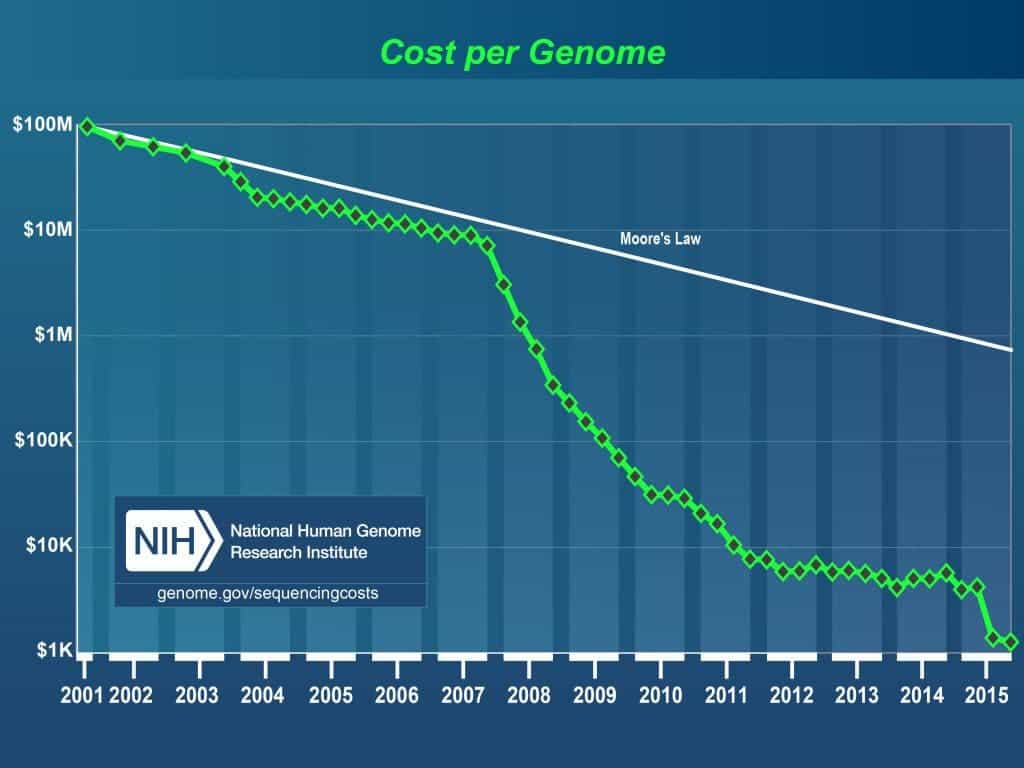 In 1984, the Human Genome Project kicked up, with the goal of determining the sequence of chemical base pairs which make up human DNA, and of identifying and mapping all of the genes of the human genome from both a physical and functional standpoint. It was, and still is, the largest collaborative biological effort.

The results were visible, but in 2001, a mere 15 years ago, sequencing your genome would have been virtually impossible unless you are a billionaire. The price decreased significantly until 2007, according to Moore’s Law – the law which predicts computing power doubles every two years or so. So the initial decrease in price can be attributed to the growth of computers, but look what happens next.

The price was just under $10 million at the end of 2007, to being under $10,000 in 2011! In a mere four years, the price decreased by a factor of a thousand and today, you could sequence your genome for around $1,000. This can’t be explained merely by processing power, it’s a much broader technological progress.

If the trend continues, then DNA sequencing could become a routine procedure and this in itself is a testament to how much science has developed in the field.