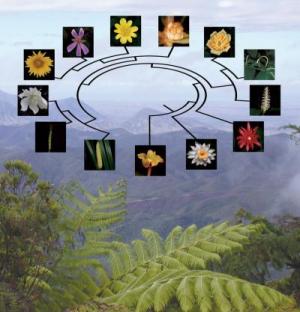 So Charles Darwin called it the “abominable mystery” of early plant evolution. But the University of Florida and University of Texas at Austin scientists have shed light on what was and is a very intriguing thing.

The scientists are reporting that the two largest groups of flowering plants are more closely related to each other than any of the other major lineages. These are the monocots, which include grasses and their relatives, and the eudicots, which include sunflowers and tomatoes. Doug and Pam Soltis, a UF professor of botany and curator at UF’s Florida Museum of Natural History showed stunning research and they reffer to a “Big Bang” took place in the comparatively short period of less than 5 million years — and resulted in all five major lineages of flowering.

“Flowering plants today comprise around 400,000 species,” said Pam Soltis. “So to think that the burst that give rise to almost all of these plants occurred in less than 5 million years is pretty amazing — especially when you consider that flowering plants as a group have been around for at least 130 million years.” To understand them you have to be able to understand their relationships. This has been a hot topic since the Darwin’s days.

They sequenced genomes of the chloroplast and found out that a unique species of plant called Amborella, found only on the Pacific island of New Caledonia, represents the earliest diverging lineage of flowering plants. They then arranged the sequences and made a family tree. They established a time scale that revealed the dates of major branching events. But the diversification remains somewhat a mistery. It could have been triggered by a major climatic event but it is possible that an evolutionary trait — a water-conducting cell that transfers water up plant stems — proved so effective that it spurred massive plant species diversification.