by Tibi Puiu
in Diseases, Health & Medicine
A A

In a milestone of modern medicine, medical researchers at the Harvard Medical School and Massachusetts General Hospital in Boston have produced the first bioengineered kidney and then successfully transplanted it in a host rat, where it become functional. Each year millions of people die of liver related diseases, and even those who go through the living hell of climbing up the waiting list and get a transplant don’t generally fair too well after the operation because of incompatibilities. Mass produced, bioengineered organs made from the patient’s own cells could save countless lives and the present research shows that we’re making huge strides towards achieving this monumental goal, albeit many more steps need to be taken.

Surgeon Harald Ott Harvard Medical School and Massachusetts General Hospital in Boston along with colleagues  first collected cherry-sized kidneys from dead rats and then employed an ingenious method relying on a detergent solution to strip away the cells. After this operation was finished, what remained were the scaffolds of material the cells were normally embedded in that maintained the original architecture of the organs – a strategy which was previously shown to work for other organs as well, like hearts and lungs.

When bioengineering is concerned, one of the biggest challenges scientists face is growing the consisting cells such that they may work together to form an organ. Armed with this simple method, the basic structure they require is easily at hand now. Next, they carefully filled the scaffold with kidney and blood vessel cells from the recipient rats, and then placed the compound into a bioreactor where liquids filled with nutrients and other essential compounds fed the cells for them grow into a kidney within 12 days.

These bioengineered kidneys were then implanted in rats that had one of their kidneys removed, and since the implants kept the complex architecture of their scaffolds this meant they could be connected to the recipients’ blood and urinary systems. Amazingly, the transplanted kidneys performed their waste filtering functions, producing urine and showing no evidence of bleeding or clot formation. The only problem, one the researchers hope to solve or at least improve on, is that the transplanted kidneys are only 5 to 10 percent as efficient as healthy kidneys.

The researchers claim that this is because the cells they used were still immature, and with a bit of work they hope they can get to 20% which is still far away from healthy kidney functions, but still helpful to a lot of people. There are currently millions of people around the world who rely on blood dialysis machines to help them survive, machines that only provide 10 percent to 15 percent of the functioning of healthy kidneys, and come with an enormous hassle, making living a normal life extremely difficult.

Of course, we’re still talking about bioengineered rat kidneys. The human liver is roughly 100 times bigger and more complex, but the researchers are confident they can scale their work. So far, they have shown the cell-removal technique they applied on rat kidneys also works on pig and human kidneys, so they only need to find a way to refine their process to grow human liver cells on the scaffolds.

“We’ve shown an initial proof of concept that has some promise,” Ott says. “Now it’s time to start the nitty-gritty work, to solve all the technical problems.”

Not long ago, scientists used stem cells to grow the first human kidneys using such a procedure, and recently great strides are made in the attempt to 3-d print fully functional organs. No matter the method, we can only hope scientists come to a functioning transplant. 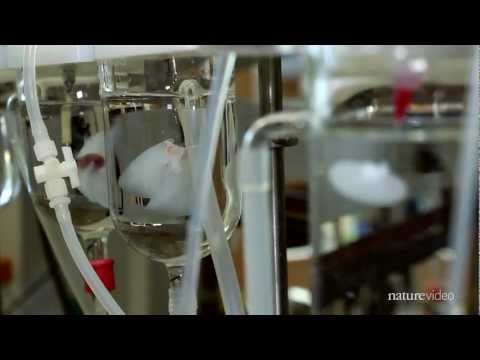 Findings were reported in the journal Nature Medicine.