In videos that touch the surreal, scientists image not only organs and tissue but also substances as they move through the human body.

Scientists at the University of California, Davis, have recently revealed the world’s most impressive full-body scanner. There’s little this machine can’t find or track inside the human body with the utmost precision. For instance, videos show how the scanner can not only image organs and tissue in striking detail, but also drugs moving through the bloodstream or the spread of disease. What’s more, a full scan takes only 20-30 seconds — about 40 times faster than similar technologies. 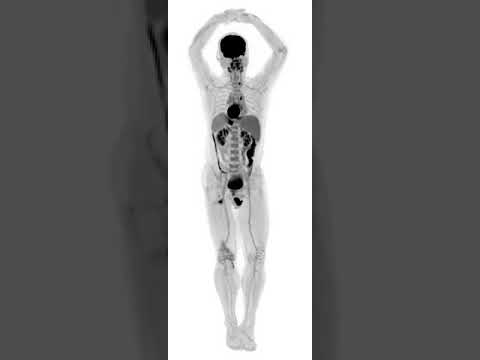 The body scanner, known as EXPLORER, is a combination between a PET scan — an imaging test that uses a very small dose of radiation to help doctors see how the organs and tissues are working, most often to detect cancer — and an X-ray. Unlike a typical PET scan, EXPLORER uses radiation far more efficiently, enabling the machine to produce images in as little as one second. This also means EXPLORER exposes patients to a radiation dose 40 times smaller than currently employed by PET scans.

“While I had imagined what the images would look like for years, nothing prepared me for the incredible detail we could see on that first scan,” Simon Cherry, a professor at the UC Davis Department of Biomedical Engineering and co-developer of EXPLORER, said in a statement. “While there is still a lot of careful analysis to do, I think we already know that EXPLORER is delivering roughly what we had promised.”

“The tradeoff between image quality, acquisition time and injected radiation dose will vary for different applications, but in all cases, we can scan better, faster or with less radiation dose, or some combination of these,” Cherry added.

EXPLORER was developed in partnership with Shanghai-based United Imaging Healthcare (UIH), which will eventually manufacture the devices for the broader healthcare market. The first images obtained by the new scanner will be officially presented at the upcoming Radiological Society of North America meeting, which starts on Saturday (Nov. 24) in Chicago. In the meantime, we’ve obtained a sneak peek that demonstrates EXPLORER’s amazing capabilities of peering inside the human body with unprecedented detail.

The video below not only shows a real person’s organs and tissue, but also how a substance that simulates a drug delivery moves through the body. The person in question was injected with a shot of F-18 fluorodeoxyglucose, which is just a sugar coated with a fluorescent marker in order to track the substance as it migrates through veins from the point of entry in the leg to the heart. The dynamic total body scan shows how the glucose travels from the heart to the lungs — in a matter of seconds — before going back to the heart where it is distributed to all tissues in the body. 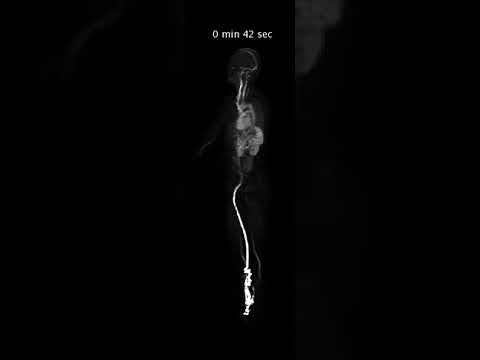 “The level of detail was astonishing, especially once we got the reconstruction method a bit more optimized,” Ramsey Badawi,  chief of nuclear medicine at UC Davis Health, said in a press release. “We could see features that you just don’t see on regular PET scans. And the dynamic sequence showing the radiotracer moving around the body in three dimensions over time was, frankly, mind-blowing. There is no other device that can obtain data like this in humans, so this is truly novel.”

In the future, such dynamic scans could lead to improved drug delivery so that substances might end up only in intended places in the body.

Besides measuring blood flow or how the body takes up drugs, EXPLORER will also be able to study diseases. The researchers envision applications in which EXPLORER studies the spread of cancer beyond a single tumor site and infections, along with many other diseases.

“I don’t think it will be long before we see at a number of EXPLORER systems around the world,” Cherry said. “But that depends on demonstrating the benefits of the system, both clinically and for research. Now, our focus turns to planning the studies that will demonstrate how EXPLORER will benefit our patients and contribute to our knowledge of the whole human body in health and disease.”

The team hopes to introduce EXPLORER to a hospital for the first time in 2019.