Researchers successfully tested gene therapy in rats to stimulate the production of a chemical which naturally occurs in the brain and stops seizures from taking place. 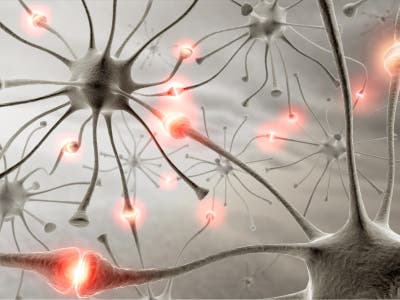 About 3.000.000 people are suffering from epilepsy in the US alone, and a major characteristic of this lifelong disease is uncontrollable seizures which prevent sufferers from normally carrying on with their lives. Epilepsy is at the moment treatable, but not curable, so finding novel ways to prevent these seizures would be one of the best ways to help people deal with their illness, and live as normal as possible under the circumstances. Dr. Paul Carney, chief of the division of neurology in the UF College of Medicine explains:

Another one of the big problems for epilepsy patients is the lower levels of the hormone somatostatin, as do people with Alzheimer’s disease, a hormone that regulates the endocrine system. To test if they could stop seizures by bolstering this hormone, researchers administered a dose that triggers a surge in its production.

“There is some somatostatin in the brain anyway, because it’s a neuropeptide, but there was a dramatic increase after the injection,” Zafar explained.

The immediate results were that after the injection, subjects had weaker and shorter seizures, and perhaps even better, did not suffer any negative side effects. As a matter of fact, there was only one notable side effect, and that was quite positive: subjects learned faster and easier.

“Being able to restore somatostatin up to normal levels allows the brain to heal itself and that is the idea here,” Carney said. “We’re putting something back in that is normally there and allowing the brain to pick it up as part of its normal machinery. We’re not putting in a drug.”

But still, researchers warn that this is just a first step, and many more must be taken before we can get to business. Scientists are most cautious about inflammation.

“What effect a compound is going to have partly depends on where in the seizure circuit that new compound or gene is being placed. You could put the same chemical in two places and get two different results,” said Dr. Edward Bertram III, a professor of neurology at the University of Virginia, who was not involved in the study. “That is going to be the issue as they try to develop this: Where should we be putting this to have the best effect? On the promising side, they put (the gene) in a restricted area and had an effect. That is a great first step.”