New app can hear if your child has an infected ear

It's one of the most common reason why parents visit a pediatrician.

Ear infections can be pretty hard to spot with children, especially very young ones. It has vague symptoms, from tug of the ears to fever, or there could be no observable symptoms at all. However, it can be painful and make it hard for children to hear, potentially even posing long-term threats. A new app developed by researchers at the University of Washington (UW) can determine the likelihood of such an infection with an accuracy of 85%

“Designing an accurate screening tool on something as ubiquitous as a smartphone can be game changing for parents as well as health care providers in resource limited regions,” said co-author Shyam Gollakota, an associate professor in the UW’s Paul G. Allen School of Computer Science & Engineering.

“A key advantage of our technology is that it does not require any additional hardware other than a piece of paper and a software app running on the smartphone.”

According to the National Institute of Health, “three of every four children have at least one episode by their third birthday,” and “almost half of those who get them will have three or more ear infections during their first three years.” It’s also one of the most common reason why parents visit a pediatrician. Luckily, they’re pretty easy to treat with antibiotics once discovered. A doctor can monitor and drain an infection if needed, which will relieve pain or hearing loss.

The team wanted to give parents a quick and reliable way of screening for the condition at home, to help them decide whether or not to take their child to the doctor. Their app generates a series of soft, audible sounds that are focused into the ear — through a small paper funnel you’ll craft — making the eardrum vibrate. By analyzing the sounds beaming back from the eardrum, the app can determine the likelihood that there is fluid behind it. It’s kind of like  “tapping a wine glass,” the team explains. 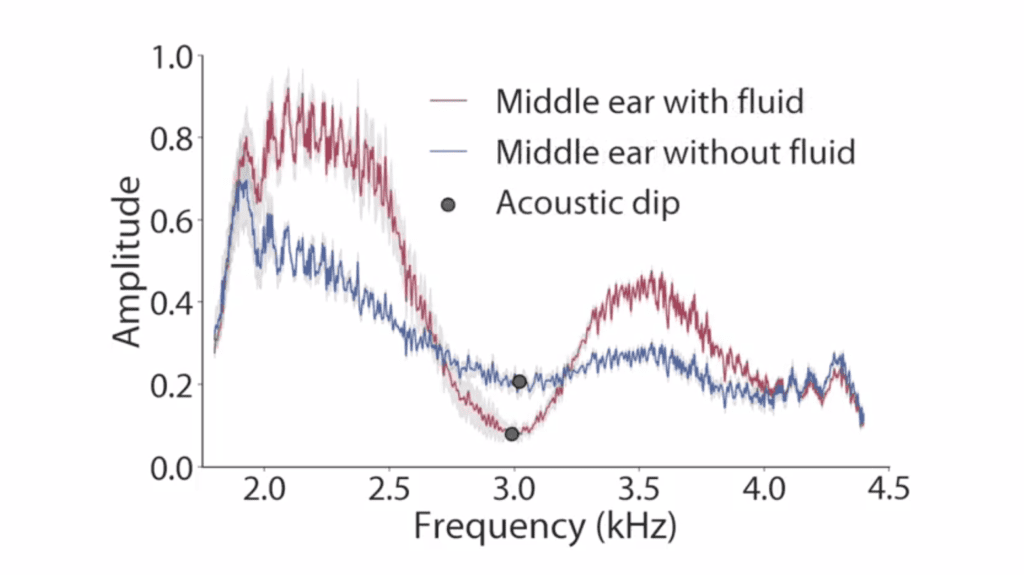 Image credits: University of Washington. All you need is a piece of paper to cut and fold into a funnel. This funnel is rested on the outer ear, and will serve to focus the sound into the ear canal. Each sound is 150 milliseconds long, and sounds similarly to a bird chirping. The team tested their app on 53 children between the ages of 18 months and 17 years at Seattle Children’s Hospital. About half of the children were scheduled to undergo surgery for ear tube placement, a common surgery for patients with chronic or recurrent incidents of ear fluid. The other half were scheduled to undergo surgery unrelated to the ears. They tested each child with the app immediately before surgery, giving them the perfect opportunity to see the app’s accuracy.

“What is really unique about this study is that we used the gold standard for diagnosing ear infections,” said co-first author Dr. Sharat Raju, a surgical resident in otolaryngology-head and neck surgery at the UW School of Medicine.

“When we put in ear tubes, we make an incision into the eardrum and drain any fluid present. That’s the best way to tell if there is fluid behind the eardrum. So these surgeries created the ideal setting for this study.”

Authors note that many of the children responded to the chirps by smiling or laughing. The algorithm itself was correct in 85% of the patients, which the team says is comparable to current methods that specialized doctors use. On tests involving younger children (15 children between nine and 18 months of age) it correctly classified all five ears that were positive for fluid and nine out of the 10 ears that were not.