A new study has shown that women who experience racial discrimination while pregnant suffer significant health impacts - and they pass them on to their children.

by livia rusu
in Health & Medicine, News
A A

A new study has shown that women who experience racial discrimination while pregnant suffer significant health impacts – and they pass them on to their children. This is a clear sign that discrimination causes not only psychological, but also physical damage.

“Many people think that ethnic discrimination only has psychological impacts,” said the study’s lead author Zaneta Thayer, PhD, assistant professor of Anthropology at CU Denver, a major center of timely, topical and relevant research. “But in fact, ethnic discrimination can impact physical health as well, possibly through changes in stress physiology functioning.” 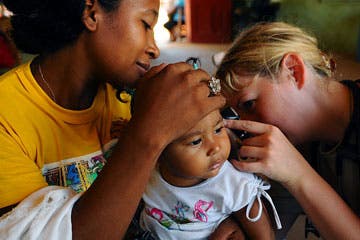 Researchers then took samples of saliva from the women to measure the cortisol levels. Cortisol is a steroid hormone, more specifically a glucocorticoid, which is produced by the zona fasciculata of the adrenal cortex. It is released in response to stress and a low level of blood glucose. If cortisol is overproduced, then it can lead to a host of chronic ailments including cardiovascular disease and mental illness.

About the correlation with discrimination, about one third of the women reported being discriminated against which was associated with higher levels of evening cortisol.

“The finding that offspring of women who experienced ethnic discrimination had greater cortisol reactivity in early infancy adds to the growing evidence that a woman’s emotional, physical and mental well-being, during or around the time of pregnancy can influence the biology of her child,” she said.