Coming out: parents struggle for years to adapt after learning their child’s sexual orientation

A new study calls for better methods to support families with LGBT children.

by Mihai Andrei
in Health & Medicine, Home science
A A

A new study calls for better methods to support families with LGBT children.

Although being homosexual is a perfectly natural and biological phenomenon, present in numerous species, society is still grappling to adjust to it. Children who are LGBT (lesbian, gay, bisexual, or transexual) struggle with bullying and rejection, often even from their own families. Researchers from the George Washington University wanted to see how parents of such children deal with the news — and the results aren’t encouraging.

“Surprisingly, we found that parents who knew about a child’s sexual orientation for two years struggled as much as parents who had recently learned the news,” said David Huebner, PhD, MPH, associate professor of prevention and community health at the George Washington University Milken Institute School of Public Health (Milken Institute SPH). “Two years is a very long time in the life of a child who is faced with the stress of a disapproving or rejecting parent.”

Huebner and colleagues surveyed 1200 parents of lesbian, gay, or bisexual children, in one of the largest studies of its kind to date. Surprisingly, 26% had just learned about their child’s sexual orientation in the last month. The core question of the survey was “How hard is it for you, knowing that your son or daughter is gay, lesbian or bisexual?” to which parents replied on a scale from 1 to 5.

Most parents’ answers ranged from “moderate” to “very hard” (from 3 to 5). What was more startling is that parents who had learned about their children two years ago gave similar answers to those who had just learned. In other words, even after two years, parents are still struggling with the children’s sexual orientation. As Huebner says, this can post numerous problems which can and should be avoided.

A child’s wellbeing heavily depends on his or her parents’ support and unconditioned love, and any dents can cause negative long-lasting consequences.

“Our results suggest interventions to speed up the adjustment process would help not only the parents but also their children,” Huebner said. “LGB youth with accepting families are more likely to thrive as they enter adulthood.” 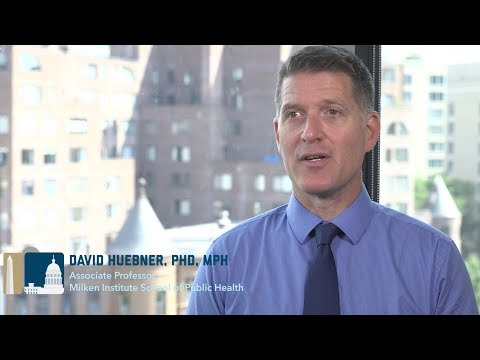 The study also had some good news: only a minority of parents didn’t adjust. Most of the parents, even those who were very shocked, ultimately adapted and supported their children. But much more needs to be done — and that should start with research. This is still just a snapshot in time, and researchers want more longitudinal results, seeing how the situation evolves in time.

The results are not trivial. Children with a different sexual orientation face a number of problems, which manifest themselves in every aspect of their life — from health and mental issue to societal inequalities.

The study was published in Archives of Sexual Behavior.