Against international best practices, researchers in China claim to have facilitated the birth of twin girls whose DNA had been altered with gene editing tools.

by Tibi Puiu
in Genetics, Health & Medicine, News
A A
Share on FacebookShare on TwitterSubmit to Reddit

A group of Chinese researchers recruited couples in order to create the first gene-edited babies — a pair of twin girls born earlier this month. The controversial initiative aims to make babies resistant to certain diseases and pathogens, such as HIV infections. 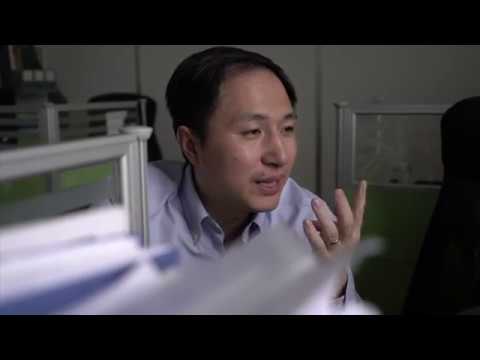 The news was first reported by MIT Technology Review, which obtained official medical documents (1 and 2) filed by researchers at the Southern University of Science and Technology, in Shenzhen.

According to the documents, the Chinese researchers want to use the gene-editing tool CRISPR to modify human embryos and then transfer them into women’s uteruses. They plan to edit the CCR5 gene in such a way as to potentially make the offspring resistant to HIV, smallpox, and cholera. Using the

The team led by He Jiankui previously carried out tests on fetuses as late as 24 weeks, or six months, into the pregnancy. Their first tests on human embryos in a dish were carried in 2015, causing an ethical debate among the scientific community.

Although gene editing on humans is prohibited in most countries (China has banned cloning but not human embryo gene editing specifically), He and colleagues seem nevertheless bent on experimenting with gene editing and human cells. The major concern is that any edits will be passed on to offspring, thus making their way into the gene pool. As such, potentially troublesome mutations could become relatively widespread. On the other hand, even if the gene editing process is flawless, any beneficial gene edits — such as enhanced resistance to disease and even intelligence — could result in unfair advantages and may open the door for eugenic practices.

It’s all uncharted territory, and the long-term consequences of gene editing on humans can be unpredictable, which is why the scientific community advises caution. In stark contrast to this cautionary approach, He claimed that his team has “a strong responsibility that it’s not just to make a first, but also make it an example.”

He says that the aim of the trial is not to cure or prevent an inherited disease, but rather to bestow traits that few people naturally have. Specifically, the ability to resist an infection with HIV, which some individuals from Western European populations have due to a rare CCR5 genetic mutation. This gene forms a protein doorway that allows HIV, the virus that causes AIDS, to enter a cell; the mutation alters this doorway, physically blocking the virus from entering the cell.

According to the Associated Press, the Chinese researchers have altered embryos for seven couples during fertility treatments, with one pregnancy being carried to term thus far. All the men involved in the trial had HIV, while the women did not. This claim, however, is unverified, and the work has yet to be published in any journal.

The gene editing occurred during the lab dish fertilization (IVF) stage. The researchers first separated sperm from semen, the fluid which may contain HIV. A single sperm cell was joined with a single egg to form an embryo, which was subjected to gene editing via CRISPR. Once the embryos were 3 to 5 days old, some cells were removed and checked for editing. Overall, the Chinese researchers edited 16 of 22 embryos, out of which 11 embryos were used in six implant attempts, resulting in a single twin pregnancy. The couples could choose whether to use edited or unedited embryos for their pregnancy attempts.

Tests suggest that one twin had both copies of the altered gene and the other twin had just one altered copy. There was no evidence that suggests harm to other genes, according to He. People with only one copy of the CCR5 gene can still get HIV. Further pregnancies are on hold until the twin pregnancy is deemed safe.