Children can recover from an autism diagnosis, study finds

by Tibi Puiu
in Discoveries, Health & Medicine, Mind & Brain
Reading Time: 5 mins read
A A
Share on FacebookShare on TwitterSubmit to Reddit 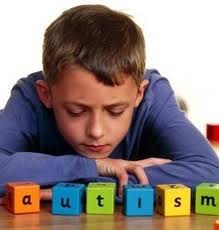 It’s no easy task for any psychologist to bear the news to a parent that his child is suffering from autism. For the parent, receiving the news is much worse. Not all hope is lost, however, as it’s been reported that a promising fraction of those diagnosed with autism eventually recover during young adulthood, despite still showing some mild symptoms of the condition.

Autism is typically noticed during the first three years of the child, although new methods, some relying on direct measurements like analyzing brain waves, can detect it with accuracy even at an earlier age. An autistic child typically has serious problems socially integrating and forming relationships, especially in the non-verbal sphere. Avoiding eye contact, poor facial expression, lack of interest in establishing relationships or sharing enjoyment with other people, lack of empathy are all classic symptoms. Later on in teen years, most autistic individuals grow to problems related to depression, anxiety, and epilepsy.  Life for them and their parent is extremely difficult, but it all doesn’t necessarily have to be like this.

A recent study published in the Journal of Child Psychology and Psychiatry suggests that some can recover and live normal lives, as they no longer presented the symptoms they were diagnosed with as children as they grow older. The researchers involved in the study enlisted three groups comprised of subjects 8 to 21 years old. They found that 34 of them had apparently recovered from autism, 44 had high-functioning autism, and another 34 were control subjects with no developmental issues.

To make the study particularly relevant, an expert diagnostician was recruited in order to establish whether or not the young adults were properly diagnosed with autism as children to begin with. Some 24 reports from kids with no autism diagnoses (such as language disorders) were thus rejected. The team also set out a relatively high bar for recovery, that is to say the participants not only had to demonstrate recovery from the classic autistic children, but they also had to have friends and be integrated in normal classrooms.

These findings, according to some experts, represent a watershed moment in autism research, “clearly demonstrating the possibility of leaving behind the symptoms of [autism] and emerging into a state of healthy functioning,” writes University of California, Davis, psychologist Sally Ozonoff, who was not involved in the study.

This isn’t the first study that reports autism recovery. A 2008 literature review reported that 3 to 25 percent of affected people eventually recover. It’s easy to get sidetracked, however, and hold too much awe to the present findings. According to the authors,  about 20 percent of those in the recovered group still showed mild difficulties with eye contact, gestures and facial expressions.  This behavior was not classed as autistic by the judges that assessed the results of the clinical trial. Also,  even if those in the recovered group did actually lose their symptoms, “the majority still have serious issues,” including depression, anxiety and inattention, notes Elizabeth Kelley, a psychologist at Queen’s University in Ontario and one of the study’s authors.

Why recovery happens? Not clear yet

There’s another frustrating aspect about the study: it looks at recovery in retrospect, after it had already happened. We still don’t know why some of these kids have recovered and why others haven’t. For instance, there are a number of so called treatments for autism out there, most common of which are behavioral treatments that involved intense sessions with the children that are aimed at improving their verbal, non-verbal communication skills as well as social interaction abilities.

Unfortunately, studies that keen an exhaustive detailed record on autistic children are few if any. One such study was developed by Catherine Lord, director of the Center for Autism and the Developing Brain at Weill Cornell Medical College, along with colleagues in which some 100 autistic children were followed  from the time they were diagnosed at age two through their early 20s. Study participants completed a large battery of tests every few years as children and again at age 18, and parents have been filling out questionnaires every year.

Like in the case of Kelley and her colleagues, Lord also found that some of her study participants lost their autistic symptoms, some to such degree that they virtually became indistinguishable from those that were not classed as autistic, as in normal individuals. While Lord’s study still doesn’t give solid answers as to why some people with autism improve radically, it has found early signs that may help identify those who will. One indicator, for instance, was that individuals classed as “very positive outcome” were better at developing verbal skill and didn’t show as much restricted and repetitive behavior, like hand flapping, noisy behavior or obsessive compulsive behavior (lining up toys, food etc.).

Interesting enough, neither study found any any indicator that behavioral exercises helped in the transition processes. However, that’s not say that these do not work. We simply don’t have enough data yet to come up with a solid answer. Until more answers will come, Kelley and colleagues advises that  “parents should do as much as they can for their individual child,” within their means.  That’s not to say that they should drive themselves bankrupt, both financially and emotionally, in the process. Some factors might be down right out of their control, like genetic. For now, the only thing we can do in this direction is wait for more studies to be made, studies that follow autistic individuals well into late adulthood and over a broader spectrum.