An Implant for Memory

by ZME Science
in Health & Medicine
Reading Time: 1 min read
A A
Share on FacebookShare on TwitterSubmit to Reddit

My Alma mater (USC) is doing some pretty cool things with the human brain. Even when I took a neuroscience class there a couple years ago my professor was working on a prosthetic for the hippocampus, the part of the brain responsible for encoding long term memories. 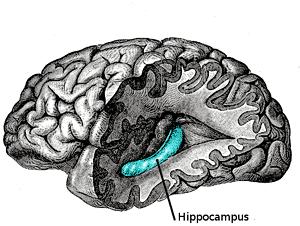 Well, now researchers have taken another step forward and made an implant to improve recollection. As the New York Times quoted in its article:

Turn the switch on, the animal has the memory; turn it off and they don’t: that’s exactly how it worked

Though still a ways from testing in humans, this could have major implications not only for patients with dementia but for improving human memory in general.