Wyoming made it illegal for concerned citizens to document pollution

A group of NGOs has filled a lawsuit in federal court against a ridiculously controversial law which makes it illegal for any citizen to take samples or photograph open lands in public or private property. As such, a person who isn't acting under governmental approval - say a concerned citizen - can't take samples from a contaminated river, photograph it or collect any meaningful evidence in these lines for the purpose of alerting the authorities.

A group of NGOs has filled a lawsuit in federal court against a ridiculously controversial law which makes it illegal for any citizen to take samples or photograph open lands in public or private property. As such, a person who isn’t acting under governmental approval – say a concerned citizen – can’t take samples from a contaminated river, photograph it or collect any meaningful evidence in these lines for the purpose of alerting the authorities. 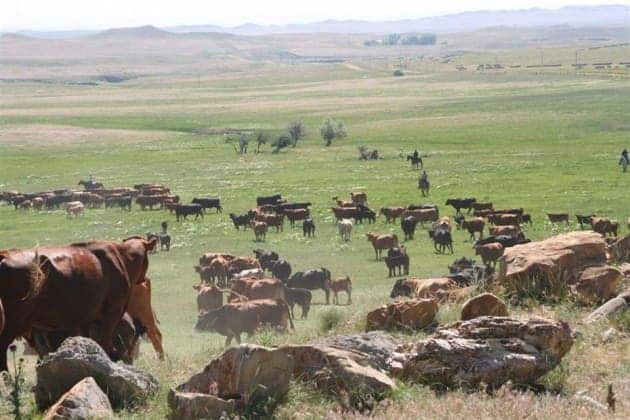 The law in question is called the  Senate File 12 or the  Data Trespass Law. The wording makes the law even more dubious and suspiciously one sided, since it suggests it’s ok if you collect data from from private or open land (crops, grazing grounds, delta, river estuaries etc.), but it’s not ok if you share that data with the state or federal government.

(a) A person is guilty of trespassing to unlawfully collect resource data if he:

(b) A person is guilty of unlawfully collecting resource data if he enters onto private open land and collects resource data without:

“These Wyoming laws are designed to stop whistleblowers from being able to enforce the environmental laws in Wyoming,” Leslie Brueckner, a senior attorney at Public Justice, a public interest law firm that has challenged ag-gag laws in other states, told ThinkProgress. “Like the classic ag-gag statutes that we’re challenging in Idaho, this law directly infringes on the ability of whistleblowers and other advocates to speak freely under the First Amendment and also to expose wrongdoing in the agriculture industry.”

Public Justice is the law firm that represents Western Watersheds Project (WWP), an organization that collects water quality data throughout Wyoming. WWP says the law is unconstitutional and protects farming interests at the expense of the public.

Think Progress cites that ranchers in Wyoming often leave their cattle to graze on public grounds, which is not illegal, but these also defecate near rivers contaminating the water supply. Some ranches are also cruel to animals, and activists could be threatened with jail if they decide to document such practices using evidence collected from open grounds. Brueckner says the law violates the Fourteenth Amendment’s Equal Protection Clause, as it unfairly singles out a particular group. The law also contradicts the Federal Clean Water Act that actually allows, even encourages citizens to alert state and federal regulators to problems with polluted water. Writing for Slate, Justin Pidot says  “the United States government should not sit idly by. It should plainly express its disapproval of this law. Ideally, this would entail the U.S. Department of Justice filing a lawsuit to invalidate the Wyoming law, much as it did when it challenged Arizona’s state immigration law as unconstitutional.”

“It appears to clearly apply to both private and public land,” Brueckner said. “This is like trespass on steroids. These laws, they don’t merely prohibit data collection. What they criminalize is data collection for the purpose of submitting the information to the state and federal government, and that’s what’s so bizarre and over the top about these laws. They specifically target activity that is unarguably legitimate.”

“These [Wyoming] laws are designed to prevent the public from knowing about the routine, well-accepted, widespread practices in the industry. In that sense, they are much broader, because the environmental impacts are so unavoidable and systemic,” Brueckner said. “The fact is that grazing of cattle has a profound impact on the environment, and they can’t just blame it on one or two bad actors.”