by Mihai Andrei
in News, World Problems
Reading Time: 2 mins read
A A
Share on FacebookShare on TwitterSubmit to Reddit 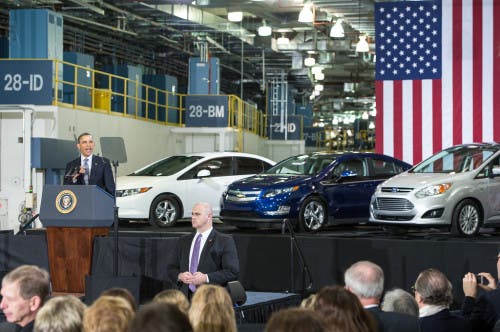 It’s tax season again, and hopefully, the Obama Administration will succeed in their plan of eliminating $4 billion in annual federal tax incentives for the oil and natural gas industry. Furthermore, they want to put a big chunk of that money in alternative fuel research and development. But does this initiative stand a chance of passing?

Providing the oil companies, this is a puzzling matter. After all, these companies are making record breaking profits; if you look at the global annual earnings of all time for all companies, the top 5 spots are all occupied by Exxon Mobil – the world’s largest private company. In 2008, they made $45.22 billion. More recently, in 2011 they made $41 billion. In the same year, Shell made over $31 billion (I know, they’re now American). Chevron made almost $27 billion. So why in the world are these companies being subsidized ? That’s a really good question – if they’re making tens of billions of dollars in profits per year, they shouldn’t really be subsidized, should they?

Hopefully, the American government will see it that way too. A notable difference is that this year, the Obama administration also wants to invest 2 of the 4 billion dollars to alternative fuel research projects. But does this idea really have a chance to pass?

The answer is… no, not likely. These annual proposals are mostly symbolic in nature. Congress is responsible for writing and passing government spending bills, not the President. Oil companies will continue to get tax cuts while making billions of dollars in profits, and the long term environmental costs … well, no one really cares about that, do they?