Rhino takes to the sky

In a bold and unconventional move, a critically endangered black rhino has been carried via helicopter over dangerous and rugged terrain, as part of the WWF‘s Black Rhino Range Expansion Project in South Africa. 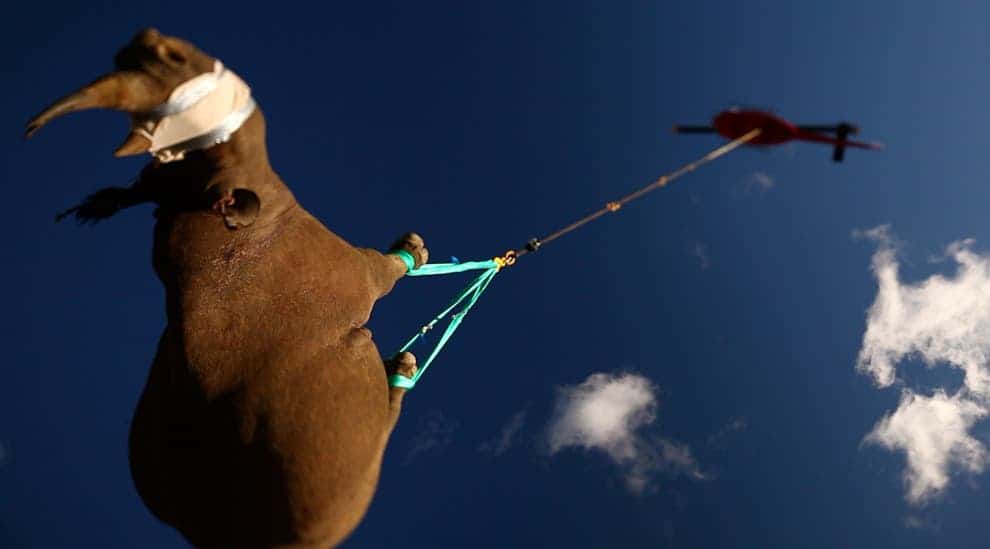 The helicopter flight took around 10 minutes, and the animal didn’t suffer any physical damage during this whole operation, according to WWF. The animals are being moved this way in a desperate attempt to reduce pressure on existing reserves and reduce poaching; poaching and reduction of habitat have reduced black rhinos to a mere fraction of what they used to be just a few decades ago. 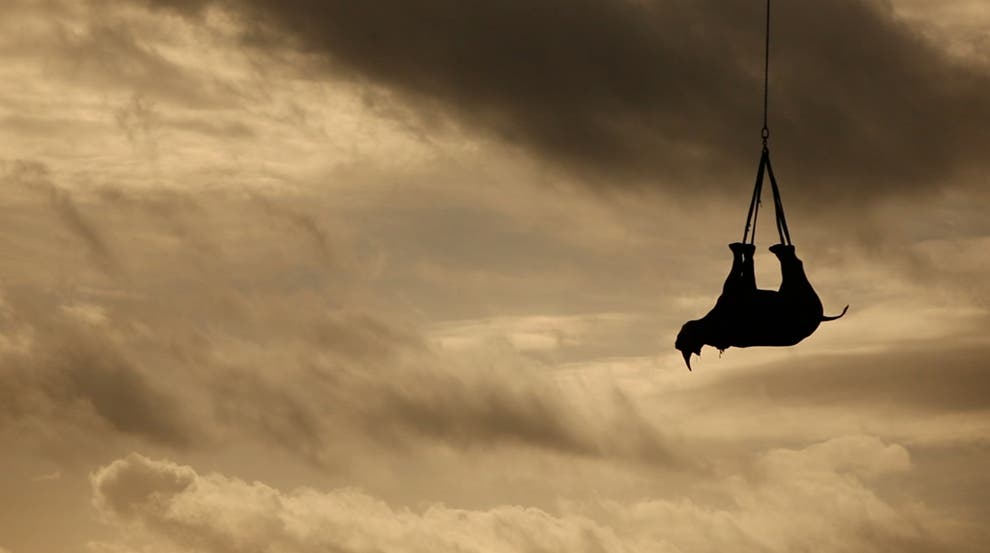 The purpose is to provide black rhinos with new territories so they can expand their fading numbers; this is a particularly tricky job, because black rhinos require more space and food than white rhinos, and are pretty pretentious. Depending on the type and age, a population of 50 black rhinos would require anywhere between 200 to 1,000 square kilometers of land. 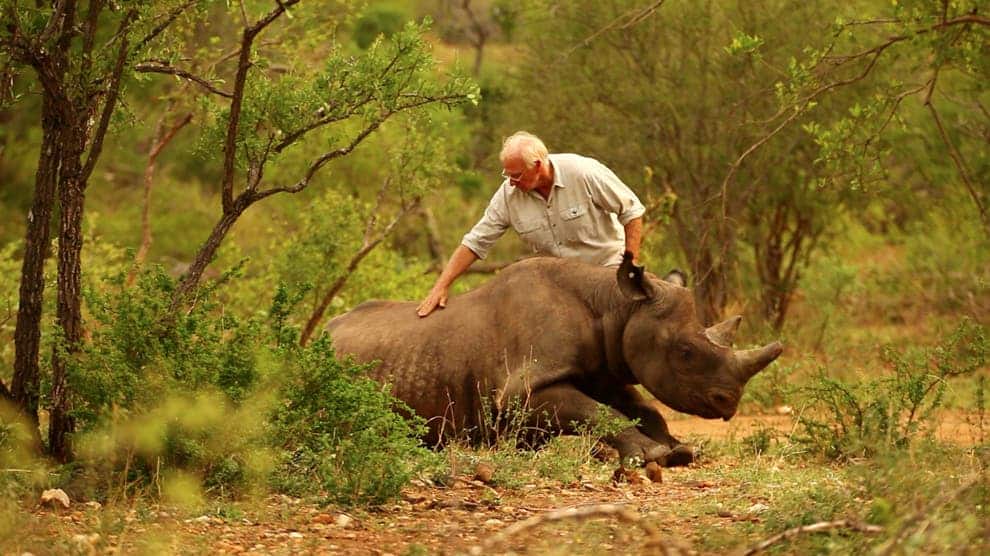 So these majestic creatures seem to be doing fine at first in their new homes. Here you can see Dr. Jacques Flamand stroking the back of a rhino after administering the antidote to wake the animal up after this epic 1500 km journey (after the helicopter, the rhinos were also transported on land). Since the start of this program, some 120 specimens have been relocated.

“Previously rhinos were either transported by lorry over very difficult tracks, or airlifted in a net,” explained WWF’s project leader, Dr. Jacques Flamand. “This new procedure is gentler on the darted rhino because it shortens the time it has to be kept asleep with drugs, the respiration is not as compromised as it can be in a net and it avoids the need for travel in a crate over terrible tracks.” (Photo: Green Renaissance/WWF)