by Mihai Andrei
in Environment, World Problems
Reading Time: 1 min read
A A
Share on FacebookShare on TwitterSubmit to Reddit

In terms of temperature and not only, 2011 was one of the hottest years in human history – and things aren’t slowing down. Recently, researchers from the NASA Goddard Institute for Space Studies announced their annual analysis of global temperatures. 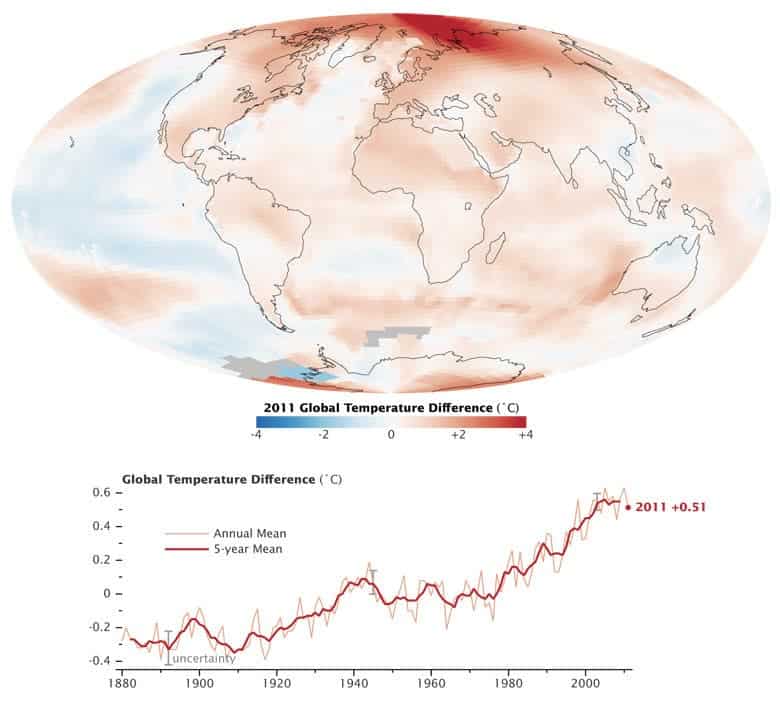 The picture pretty much speaks for itself; the map shows temperature anomalies, or changes, by region in 2011 and one of the most interesting you can notice from the chart is that out of all the years in the past century, nine of the top ten warmest have been since 2000. Kinda makes you think.