by Mihai Andrei
in Environment, Pollution
Reading Time: 3 mins read
A A
Share on FacebookShare on TwitterSubmit to Reddit

When you think about pollution, usually dirty chemical substances pop to mind; maybe some petroleum, or waste water – light pollution doesn’t usually take the first places. But a new study conducted by scientists from the German Leibniz Institute for Zoo and Wildlife Research Berlin (IZW) showed that light pollution can also have a significant effect.

What is light pollution, anyway? 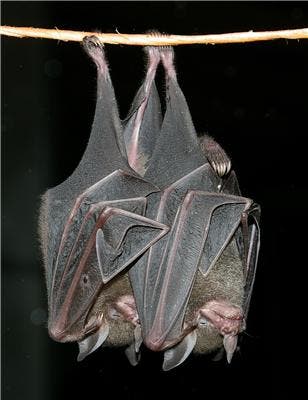 Well, as the name pretty much explains it, light pollution is excessive, misdirected, or obtrusive artificial light. It is introduced by humans directly or indirectly, and it generally occurs in or near big cities – but this is not always the case. Light pollution is basically a side-effect, a by-product if you will of human development; where humans thrive, like for example in Europe, or the US or the developed parts of Asia, we start using more and more light, until it has a negative effect.

Working with Sowell’s short-tailed bats (Carollia sowelli), Daniel Lewanzik from the IZW first built simple flight cages, and then gave the bats a simple choice. He divided the cages into two compartments: one was naturally dark and the other was illuminated by a sodium street lamp, the most common form of street lighting in the world. Inside both parts of the cage, bats were offered some of their favorite snacks: pepper plants, nightshade and figs. The results were pretty clear: bats flew into the darker compartments twice more often than in the illuminated ones.

In a second experiment, Lewanzik illuminated pepper plants growing in the wild with a street light and measured the percentage of ripe fruit which bats harvested from plants in a dark location and from lit plants. Naturally, 100 percent of the naturally dark plants were harvested – it’s not like bats to give up on a tasty meal. However, only three quarters of the illuminated plants were harvested, which shows that even when offered the possibility of a feast, they sometimes still turn it down, if there’s light involved. Although insect-eating bats have been shown to avoid foraging in light-polluted areas, this is the first study to show that fruit-eating bats also avoid areas with light – and this is significantly more important, because bats play a key role in pollinating plants and spreading their seeds, especially the seeds of species that are first to recolonise cleared land.

“In tropical habitats bat-mediated seed dispersal is necessary for the rapid succession of deforested land because few other animals than bats disperse seeds into open habitats”, says Daniel Lewanzik, doctoral candidate at the IZW and first author of the study.

Basically, bats eat fruits and then defecate while flying, spreading the seeds all around. This is a very natural process, and it helps plants regenerate. If they avoid some areas, then those areas will regenerate considerably slower.

If we want to prevent this, there are some things we can do:

“The impact of light pollution could be reduced by changes in lighting design and by setting up dark refuges connected by dark corridors for light-sensitive species like bats,” Lewanzik says.