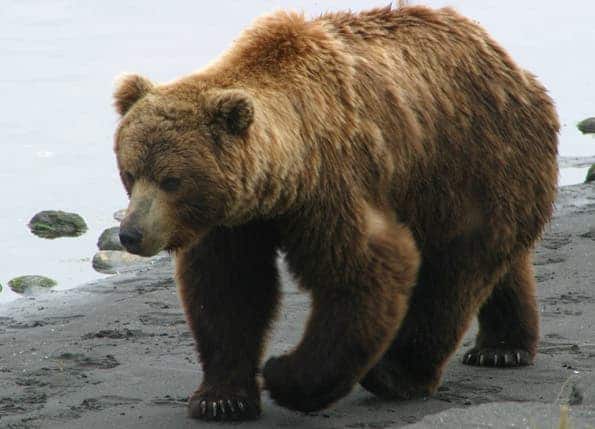 Last week, the court appeal which sought to put the mighty Grizzly bear back on the endangered species list, and thus receive much need protection, granted favor on their side, sealing a victory.

In 2007, the Fish and Wildlife Service scrapped grizzlies belonging to the Yellowstone Distinct Population Segment (DPS) off the endangered species list, speculating that they would be able to adapt to climate change and that their numbers have risen to a stable amount. The grizzlies habitat and food supply has whitebark pine forests at its core, which along the past decades has been extensively destroyed. Infestations with introduced fungus (white pine blister rust), native bark beetles, and successional replacement, partly fueled by climate change, has lead to hundreds of thousands of acres of whitebark pine being destroyed.

Luckily, the court rejected the claim that there wasn’t a correlation between reduced numbers of bears and whitebark pine deforestation, writing that the agency had ignored a well-established relationship between “reduced whitebark pine seed availability, increased grizzly mortality, and reduced grizzly reproduction.”

“We recognize that scientific uncertainty generally calls for deference to agency expertise,” Judge Richard Tallman wrote for the three-judge panel. “But we nonetheless have a responsibility to ensure that an agency’s decision is not arbitrary. It is not enough for the service to simply invoke ‘scientific uncertainty’ to justify its action. The service must rationally explain why the uncertainty regarding the impact of whitebark pine loss on the grizzly counsels in favor of delisting now, rather than, for example, more study. Otherwise, we might as well be deferring to a coin flip.”

Over the past 35 years, federal protection has allowed for the grizzly bear to foster in the Yellowstone area, tripling in numbers since to the present 600 specimens.

Still, the Fish and Wildlife Service isn’t too happy about the decision. Recently, more and more cases of grizzly bears have sprung out which claim they’ve been attacking farm animals and acting rampant. Six Grizzly bears were captured in the last two weeks alone, of which two female Grizzlies had to be put down because they were killing people’s livestock and returning to populated areas.

*This article was modified accordingly for accuracy since it’s initial posting. Props to Tyler Johnson for his input.