by Mara Bujor
in Campaigns, Environment, Environmental Issues, World Problems
Reading Time: 3 mins read
A A
Share on FacebookShare on TwitterSubmit to Reddit

In case you didn’t know, today is Earth Day and this year we are celebrating it for the 39th time. If you gladly supported Earth Hour this is a great new opportunity to show that you do care about the environment and that you believe in a sustainable future ( see here how). If you spent Earth Hour watching TV then you’d better ask about how Earth Day is celebrated in your area and if there is something going on check it out: it is up to each of us to make a change for the best! 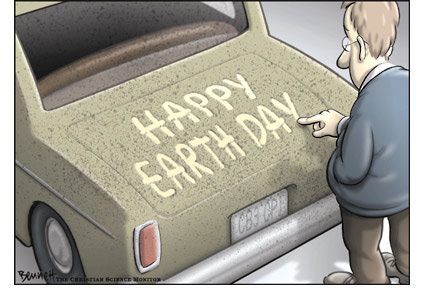 Earth Day was celebrated for the first time in 1970 thanks to U.S. Senator Gaylord Nelson as an environmental teach-in. Now it is celebrated in 175 countries by about 500 million people. The UN is also celebrating an Earth Day on the March Equinox, which is often on the 20th of this month.

Oddly (or not), the first time Earth Day was celebrated coincided with Lenin’s one hundredth birthday, which was assumed by many to be a sign of the communist influence. However, out of 10 million people who celebrate their birthday everyday it’s a bit difficult to avoid such coincidences.

This year’s celebration will mark the beginning of The Green Generation Campaign, which will be the main aim of Earth Day 2010, the 40th edition (let there be a lot more!). Three main goals have been established:

– increasing the use of renewable energy sources up to the point in which society is no longer dependent on petrol and natural gas.

– get people involved so that they they will understand the importance of sustainable, responsible consumption and put their knowledge into practice

-the transformation of the economy into a green one which would offer jobs to many of the unemployed and also modifying the education system so that it will promote the right values, especially sustainability.

But until then see what it is that YOU can do in your area. A bit of energy, a lot of will, a good purpose and some good friends is what it takes to start something truly great! Happy Earth Day! 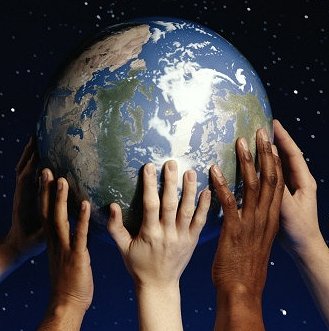