by Mihai Andrei
in Environmental Issues
Reading Time: 2 mins read
A A
Share on FacebookShare on TwitterSubmit to Reddit

In recent years, fishing is going out of control, and deep water fishing especially has to stop, because it depleted fish stocks that take longer to recover than other species. This is exactly the conclusion of a paper published by an international team of marine biologists, published in Marine Policy. 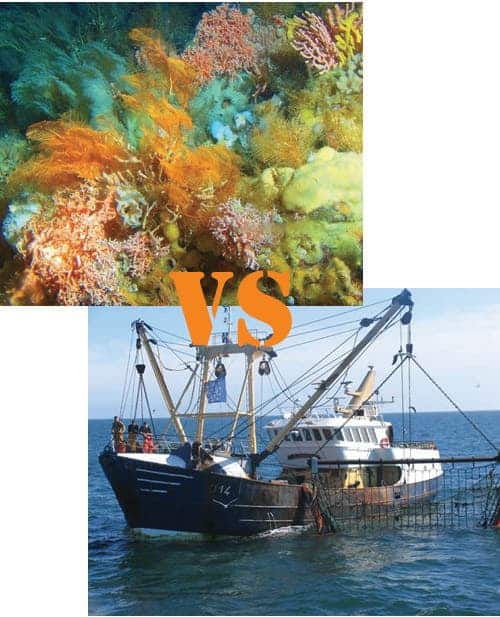 The article describes how fishing operations in recent decades have targeted the unregulated high seas after stocks near shore were overfished. Describing the ocean as “more akin to a watery desert”, researchers argue that fishing vessels always deplete the fish and destroy deep-sea corals before moving to a newer area.

Another troubling issue is that certain species have become increasingly demanded as specialties, only to be totally destroyed by overfishing.

Elliott Norse, president of the Marine Conservation Institute and the paper’s lead author claims the world doesn’t even come close to realize how much deep water stocks take to recover.

“We’re now fishing in the worst places to fish,” Norse said in an interview. “These things don’t come back.”

Bottom-trawling can crush deep-sea corals, which can live for as long as 4,000 years, but take incredibly long to recover. Researchers also compared the situation with the mainland, where forests were mindlessly cut down in an attempt to gain more agricultural fields. But as always, money talks.

“Some of these habitats will probably be changed by fishing. Some of those corals will be gone,” Ray Hilborn, a University of Washington professor of aquatic and fisheries science said. “From a conservation perspective, maybe we shouldn’t fish at all, and the ocean should be left pristine. Where is the food going to come from?”

Daniel Pauly, a marine biologist at the University of British Columbia also points out that the costs of deep water fishing greatly outweight the benefits.

Again, as always, we can only hope that the scientific world can impact the industrial world.