by Mihai Andrei
in Climate, Environmental Issues
Reading Time: 2 mins read
A A 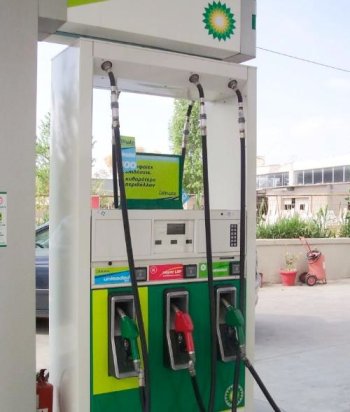 I had every bit of admiration for BP when they announced they were going towards some greener alternative, although this meant cutting back on some profits. Under the leadership of former CEO Lord Browne, British Petroleum had made steps to move its business model beyond only petroleum and into newer and greener energy sources.

But the oil price is at it’s highest and it probably won’t go down, so the new CEO Tony Hayward has decided to go back to their corporate money making non-green roots. The thing is that this is just a small move in a masterplan created by Hayward, which includes 14,500 jobs cut and nearly $1 billion trimmed from overhead costs. He decided that high prices are here to stay, and the company had to make money from this.

His plans have angered both environmental groups and former CEO Lord Browne, who calls these actions a “climate crime”. But the current CEO has made it crystal clear that unprofitable energy sources, no matter how green or popular, will not find their way to BP. But this could be a long term disaster for them, because the company could find itself totally unadapted to the needs the world will have years from now. Some BP staff are even thought to disagree with Hayward’s decisions, because they claim there is going to be a great price paid for all the emissions.

One can only wonder where is Steven Seagal, or some other guy who bullies corporations by himself… meanwhile, we can just watch how these companies laugh at the environment, and pretty much at us too. I feel sorry I felt admiration for them.