When global temperatures rise, ice starts to thin down, and sometimes, it breaks down. When a big ice shelf collapses in Antarctica, it opened up prime ocean real estate, and delicate but ambitious creatures called glass sponges showed up, pretty much seizing the opportunity. 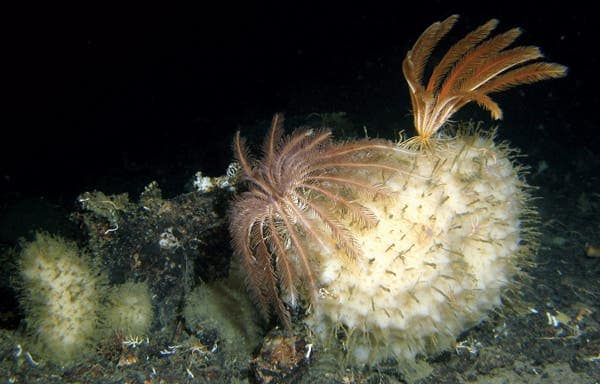 Hexactinellid sponges are sponges with a skeleton made of four- and/or six-pointed siliceous spicules, often referred to as glass sponges. They’re relatively uncommon and usually lurk at depths from 450 to 900 metres, although some species sometimes venture to the surface.

Cloaked in darkness and cut off from the photosynthetic power of the sun, Antarctic waters hardly seem like something worth fighting for. But when a giant shelf collapses, solar-powered plankton production goes through the roof, and an entire ecosystem can be born.

A 2007 expedition revealed that sea squirts had taken over the area of the seafloor, but a more recent study explained that glass sponges are the big players now.

“The sea squirts were gone, and all of a sudden the glass sponges had tripled,” Richter says.

Thing is, this is almost certainly just a phase, and other animals will soon take over.

“This sudden expansion of a glass sponge is unprecedented,” says Paul Dayton of Scripps Institution of Oceanography in La Jolla, Calif. Dayton, who has studied the sponges for decades, sees the boom as a temporary pulse. Other predators will likely take over, he predicts.