The girl who silenced the world for five minutes

Her name is Severn Suzuki, and here you have one of perhaps the most impressive speeches of all time, delivered by her (only a 12 year old at the time) at a UN meeting, at the Earth Summit in 1992.

Severn Suzuki was born in a remarkable family, with her mother being a writer, and her father being a genetician and environmental activist. She showed extreme determination and leadership at an age (9) where other children are still learning how to play with toys, by founding the Environmental Children’s Organization (ECO) – a group of children who wanted to learn more about the environment and teach other children about it.

When she was 12, she raised money with other children from ECO to attend the Earth Summit in Rio de Janeiro, where that clip is taken from. Along with group members Michelle Quigg, Vanessa Suttil, and Morgan Geisler, Severn Suzuki attendend the summit, where she presented environmental issues that affect the world from a child’s perspective; she was applauded by summit members for minutes, and the video of her speech became one of the most inspiring ever.

Furthermore, one year later she published a book, Tell the World, which presents easy environmental steps to take for every family out there.

Where is Severn Suzuki now 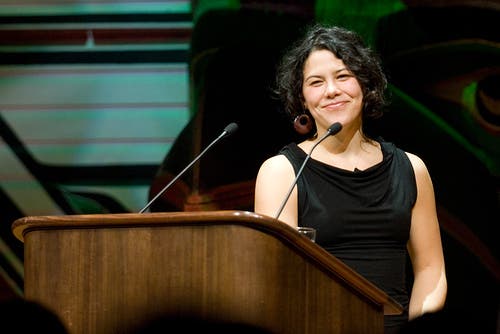 In case you’re wondering what she’s up to nowadays, she graduated from Yale in 2002, and now she’s an environmental activist, and even had her own show for children on Discovery. She was involved in an internet-based think tank which was used as an advisor for Kofi Annan, but the project was disbanded when she continued her education.

I’ve searched all over the internet but couldn’t find a way to contact her in the hope that maybe she could share a few words with us. If you know or happen to stumble upon an email address or something, it’d be really great; once again, we would like to bow our heads to Severn Suzuki, and the things she has accomplished along the years.