Geologist leaves message in a bottle near glacier in 1959, gives indication about global warming

by Mihai Andrei
in Climate, Geology, News
Reading Time: 2 mins read
A A
Share on FacebookShare on TwitterSubmit to Reddit

In 1959, an American geologist built a rock cairn 1.2 meters away from this glacier; he left a note, asking whoever finds it to measure the distance to the glacier. Today, that distance has grown up to 101.5 meters. Researchers who found the incredibly creative and unusual note say it’s highly unexpected for a scientist in the 1950s to predict a glacier retreating, and not advance, burying the cairn. 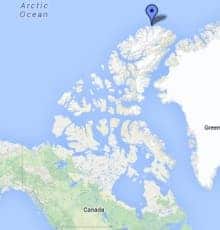 In the Arctic areas, it’s not really unexpected to stumble across man-made rock cairns – especially when you’re so far up that you reach Ward Hunt Island, which lies on the northern coast of Canada’s most northerly Arctic Island, Ellesmere. But the message found in a bottle there sent shivers down the spines of scientists:

“It was really quite extraordinary to be holding that piece of paper in my hands,” says Dr. Warwick Vincent, who led a team of scientists to Laval University’s remote research station established on the island in 2010. “It was like a message from the past.” 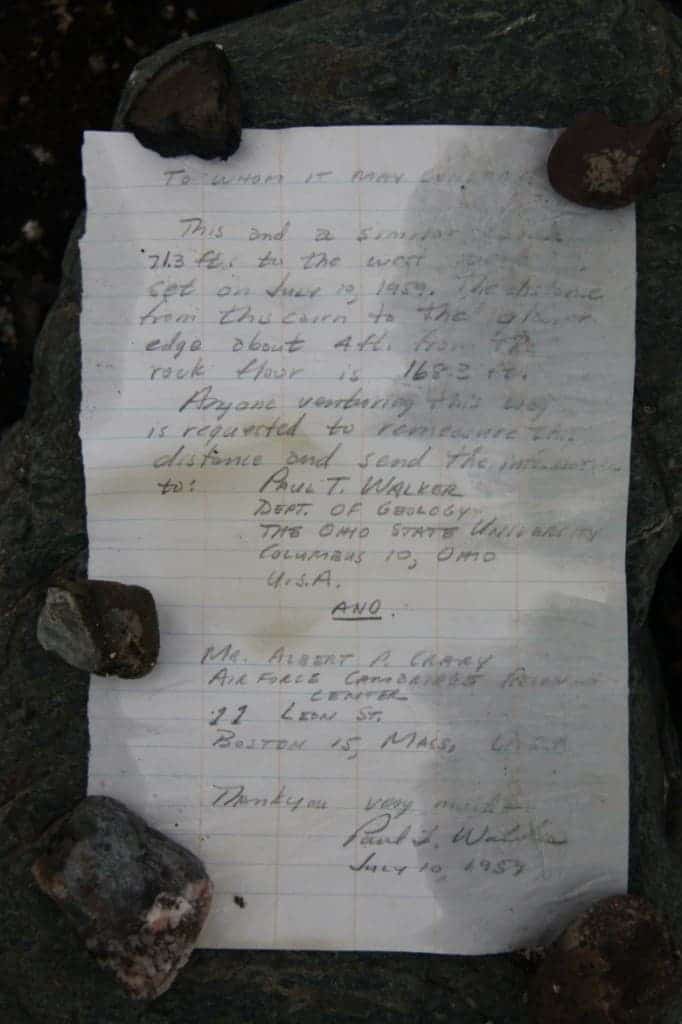 The note was written neatly and signed by Paul T. Walker, an American geologist who’d been on the site in July 10, 1959. It left very detailed instructions that whoever found his message measure the distance between the cairn and the glacier. Studying global warming and deglaciation in that period was little more than a joke, so Walker’s intuition is simply remarkable.

“You weren’t going to get any proposals funded to study deglaciation in the 1950s, so if anything, most scientists would think their cairn and their message in a bottle would be overridden by the advance of the glacier, not a marker for retreat.”

Sadly though, Walker never heard from anyone. Exactly one month after he wrote the message, he was flown away after becoming paralyzed, and he never made it past the age of 27.

After reading and photographing the touching message, Vincent and his team put it back and added their own, hoping that they would be more fortunate, and that one day, they will get a response from somebody else.