A new study conducted by Dr Michael Kearney from the University of Melbourne explains that koalas actually hug trees to regulate their body temperature. 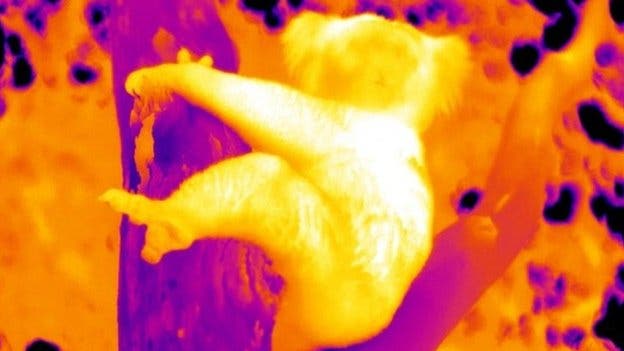 This cute behaviour isn’t just a stage act, it’s quite important for koalas. In this study published in the  Royal Society journal Biology Letters showed that when it gets really hot, the animals go to the lower, cooler parts of the trees. They also pressed their bodies closer to the trunks, apparently hugging them. This is part of a wider research project investigating the effect of climate on land-dwelling animals in Australia, a country which experiences extreme heat waves year after year.

PhD student Natalie Brisco was studying koala behavior, and she noticed that in the winter, koalas tens to stay higher in the trees, eating the higher leaves. However, in the summertime, when the temperatures go through the roof, they always went lower.

But the koalas knew what they were doing. Initial studies showed that on hot days, the lower parts of tree trunks were on average seven degrees cooler than the air.

“That’s what made us wonder if the koalas were using the trees as a heat sink,” said Dr Kearney.

So they grabbed a thermal camera, and took pictures of koalas on very hot days – and the results were clear.

Big trees have their own microclimates, which is increasingly important for protecting koalas and other animals from extreme heat waves. Dr Justin Welbergen from James Cook University says thermal images show exactly how animals can exploit these cooler microclimates in trees.

“This helps them to maximise their chances of survival during extreme heat events,” He told BBC News. 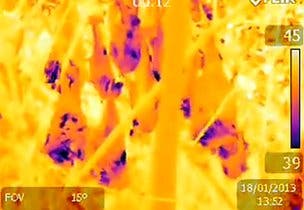 Other animals have other mechanisms of dealing with the heat: for example flying foxes spread saliva on their wings. Flying foxes are threatened by heat waves. In Queensland alone, one very hot day 45,500 killed 45.500 of them. Hopefully, with this kind of research, we can understand better how animals protect themselves against extreme heat, and ultimately take measures to protect them (plant certain species of trees in key areas, for example).