The record was broken -- and then broken again.

It was the first time winter temperatures of over 20 degrees Celsius (68 Fahrenheit) have been recorded in Britain in the wintertime — and it’s happened twice in two days. New records are continuously being broken as Britain experiences an unusually warm spell. 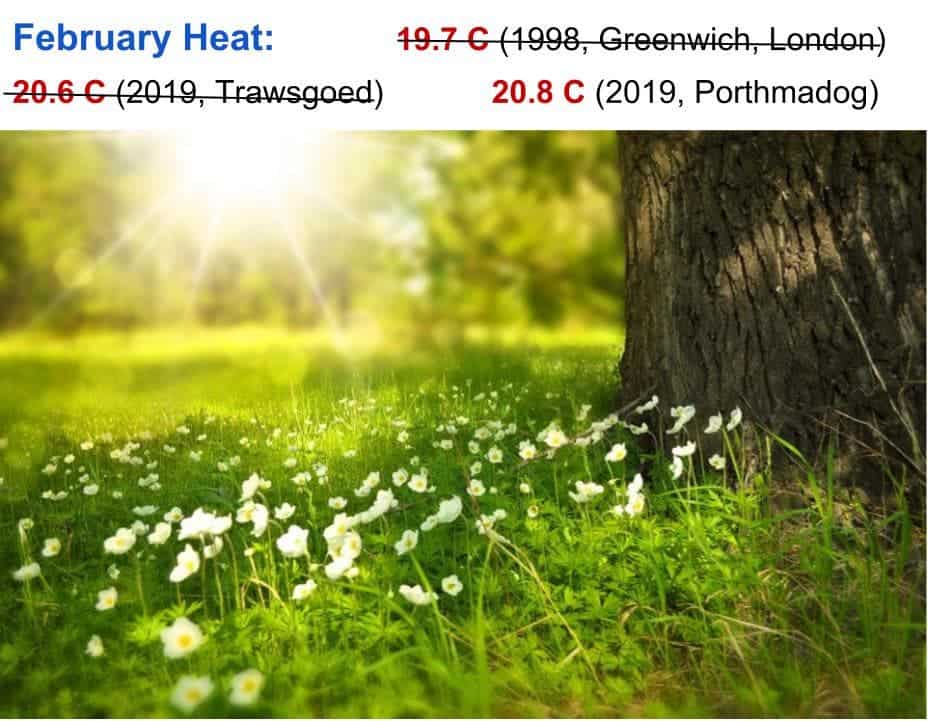 The record-breaking temperature of 20.6° C (69.1 °F) was recorded in Trawsgoed, Wales. Located just ten miles from the western coast on the Irish Sea, Trawsgoed is more used to low temperatures than higher ones — even in summertime, temperatures don’t often go above 20 °C, and in wintertime, that’s absolutely unprecedented. Two other sites recorded temperatures over 20 °C, one also in Wales, and the other one in Northolt, on the outskirts of London.

Over the past few days, however, temperatures at several sites in the UK went very close to the old record, and the entire country is experiencing abnormally warm temperatures. Parks are full, the barbecues are on, and Brits have swapped their winter clothes for T-shirts and sunglasses — it’s hard to imagine that one year ago, they were wrestling with extreme cold.

Of course, people are enjoying the warm weather, and it’s hard not to — but there’s a lingering and justified feeling that this just isn’t right. While it’s hard to attribute any particular weather to climate change, the overall warming pattern is clear as day. Ten years ago, in 2009, the BBC wrote that, at the time, “The 10 hottest years since records began have apparently all happened since 1997.” Now, after a decade, the same thing is happening: 8 out of the 10 hottest years have all taken place since 2009 — and the 5 hottest years on record are all in the 2014-2018 period. This particular spell is largely owed to warmer air from the Mediterranean being pushed towards the UK. So while the overall trend is definitely hard to ignore, a direct connection cannot yet be drawn.

“We’ve had the warmest day of winter on record,” says Met Office spokesman Grahame Madge, “and it does fit a pattern of warming. “But it would be simplistic to link this to climate change until a study has been carried out.”

However, a pile of studies have also shown that climate change makes extreme weather events more likely — both warm and cold weather events. So if you’re in the UK, enjoy the nice weather — but also try to stay just a bit more climate-conscious.