Instead of preserving Arctic climate, global powers fight for the new resources

by Mihai Andrei
in Climate, Environment, World Problems
Reading Time: 4 mins read
A A
Share on FacebookShare on TwitterSubmit to Reddit 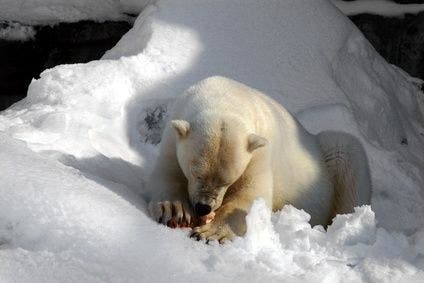 As I was explaining in a previous article, Arctic ice is thinning and is expected to totally collapse in just a few years. But instead of investing and finding ways to deal with this problem, global powers such as China, the US and Russia are trying to get their hands on resources made available by the melting ice. 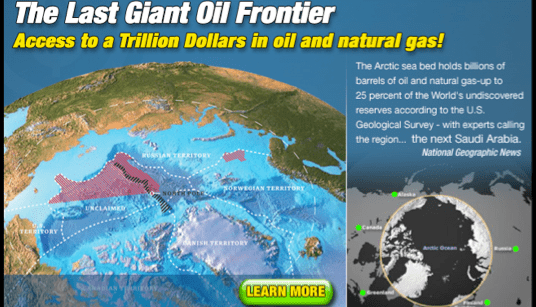 As you can expect, the big prize lies in the Arctic’s abundant supplies of oil, natural gas and minerals; previously, these resources were buried beneath an unbreachable wasteland of ice and snow, but ‘thanks‘ to global warming, the ice is melting and numerous such resources became available.

As you could expect, China has become the most aggressive player on the field, provoking a general state of alert among other powers. The United States, Russia and several states from Europe have Arctic territory, but China has none – and of course, this is not something the leaders from Beijing can accept.

“The Arctic has risen rapidly on China’s foreign policy agenda in the past two years,” said Linda Jakobson, East Asia program director at the Lowy Institute for International Policy in Sydney, Australia. So, she said, the Chinese are exploring “how they could get involved.”

In August, China sent its first ship across the Arctic to Europe and they have been intensely lobbying for permanent observer status in the Arctic Council, the body of eight Arctic nations that develop and implement policies for the region. China argued it is a ‘near Arctic state’, and that the region is “the inherited wealth of all humankind”. This is, of course, connected with the fact that over 20 percent of the entire oil resources on the planet are located in the Arctic regions, and we’re talking pristine, untapped reservoirs.

It’s not just about the oil either. China holds an all but total monopoly on the world’s rare earth resources – vital for a huge number of electronics, including solar panels, hybrid cars, etc; many believe rare earths hold the key of renewable energy. The Arctic area has a lot of those too, and if the other major countries would start accessing them, China would lose a lot.

Their plan is to start low and work their way to the top of the hierarchy; they sent out ministers to Denmark, Sweden and Iceland this summer, offering various trade deals, paving the way for future negotiations. They even went to Greenland, making various proposals to local mining companies.

Western nations have been anxious about this, knowing that the Chinese are aiming to keep their rare earth monopoly. A European Union vice president, Antonio Tajani, rushed here to Greenland’s capital in June, offering millions of dollars in financial aid, just for the promise that Greenland won’t offer exclusive access to China. Local authorities in Greenland are aware of the situation, and keep their heads on their shoulders.

“We are treated so differently than just a few years ago,” said Jens B. Frederiksen, Greenland’s vice premier, in his simple office here. “We are aware that is because we now have something to offer, not because they’ve suddenly discovered that Inuit are nice people.”

Resources and the environment 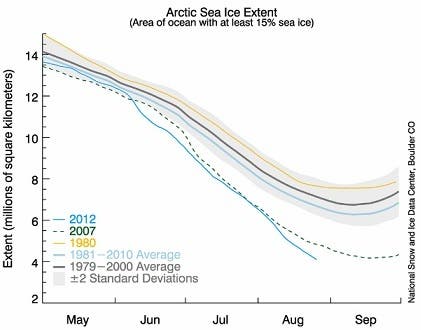 So taking into consideration all these, a darker minded cynic could say global powers have every interest in the world not to fight against the destruction of the Arctic environment, especially considering pretty much all the ice will be gone from the Arctic zone by the end of the decade.

“Things are happening much faster than what any scientific model predicted,” said Dr. Morten Rasch, who runs the Greenland Ecosystem Monitoring program at Aarhus University in Denmark.

So what about the unique species inhabiting the area? What about their habitats? What about the global environmental damage which will inevitably follow the melting of the polar ice? Experience has taught us that the hunger for resources will win, but many were hoping we’ve learned from our mistakes, but at the moment, it seems they were wrong.