by Mihai Andrei
in Chemistry, Environment, World Problems
A A 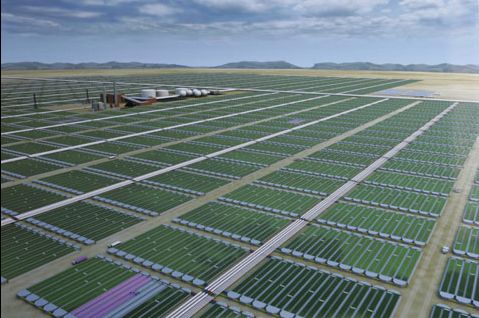 It seems that China is taking a more and more serious interest in green energy (actually they’re taking a serios interest in everything), as Shanghai Jun Ya Yan Technology Development Company made an agreement with PetroSun for the construction of an algae farm facility.

The agreement is that the chinese company will invest $40 million (US) in the construction of the facility and will then split the profit half way, in exchange for technology and expertise. They will also be producing what they claim to be “other commercial products”, which are probably livestock food, created from what remains after the algae have been squeezed for biodiesel.

Microalgae have received a considerable amount of attention since it has been proven that they can produce up to 100 times the oil yield of soybeans and they can also be useful to feed livestock for example. Of course there is a catch with this technology.

The problem has been to collect, squeeze and protect the algae, but PetroSun CEO Gordon LeBlanc, Jr. claims PetroSun has surpassed that problem by either a superior technological approach, sheer luck or a redneck can-do attitude. I seriously doubt luck can be involved here, so just two other things remain; in any case, the attitude is probably right.