For the standards of the criminals who poach and smuggle animals in Central America, it was just another day. But for the rest of the world, the murder of conservationist Jairo Mora Sandoval is a tragedy – a tragedy highlighting the risks faced by biologists whose passion for nature puts them on the front line of the narco-wars. He was tied and then shot to the head by poachers because he was trying to protect leatherback turtle nests from poachers; the biologist was killed for turtle eggs – a man’s life isn’t worth that much these days, it seems.

He had been in radio contact with the police an hour before the gunmen had shown up. After the incident, four females who were also captured were able to free themselves and called the police who found his body a kilometer away the next morning on the beach. 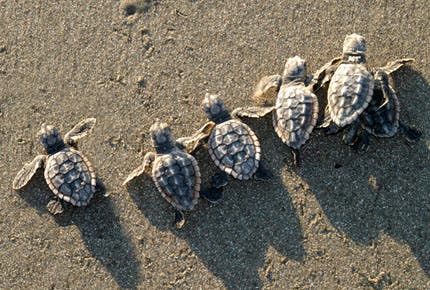 Costa Rica is one of the safer countries in the area (if you can believe it), with many environmentally friendly actions and ecotourism – but they still have a long way to go. Poaching and drug dealing are the biggest plagues on the country, and the region around the Caribbean port city of Limón is definitely not the area you’d want to be in.

But what’s even worse than those two separately, is when they are blended together. Apparently, as several sources report, including La Nación, Costa Rica’s leading newspaper, Mora Sandoval and other conservationists highlighted the links between drug trafficking and wildlife poaching. Basically, crack-addicted poachers are paid for turtle eggs with drugs. Also, considering how most of the drugs are transported by the coast, trading in turtle eggs can be a lucrative sideline for criminals employed by drugs gangs to move their products – and this is where Jairo Mora Sandoval stepped in.

He was a nuisance, a problem, an unwanted pest in such a lucrative affair. He constantly drew the officials’ attention to the poaching that was going on, he was constantly trying to protect the turtles, and to top it off, he even signaled the connection between drugs and turtle eggs – he just had to go. Too much of a hassle. 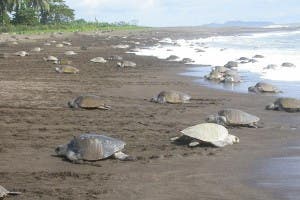 A turtle egg is valued at approximately $1, and a single nest can have about 80 eggs. Turtle conservation heavily depends on volunteers to patrol the beaches, but there is no police protection for them (though this has been promised). Who would come help turtle species, when you know there’s a very good chance of a drug addict/dealer/poacher killing you ?

As people working not only in Costa Rica, but in so many other countries have known, guarding turtle eggs is a job for an armed man, not for a biologist. The U.S. Embassy in San José called the killing “senseless” in a Facebook posting shortly after the murder Friday – but it isn’t senseless; the poachers got exactly what they wanted. The entire project was shut down, and for good reason:

“We can’t risk human lives for this project,” said Didiher Chacón of WIDECAST, the Caribbean turtle conservation network for which Mora Sandoval worked. “But this is probably the exact result that the killers were hoping for.”

Where does this leave natural conservation in the area? At the moment… nowhere.

Edit: I’m not a fan of petitions, but if you are interested, here is one which can maybe raise awareness on the situation, to protect the future of a very endangered species and to help make sure Jairo did not suffer and get murdered for no reason. I believe bringing this situation to light is the least we can do.