What creature plans and understands what’s in store? Quoth the raven, Nevermore

They've outsmarted all primates, and even four-year-old children.

by Mihai Andrei
in Animals, Biology, Mind & Brain
A A

We knew that ravens were smart but they’ve surprised us once again: they can make plans and delay gratification, just like humans and other primates. 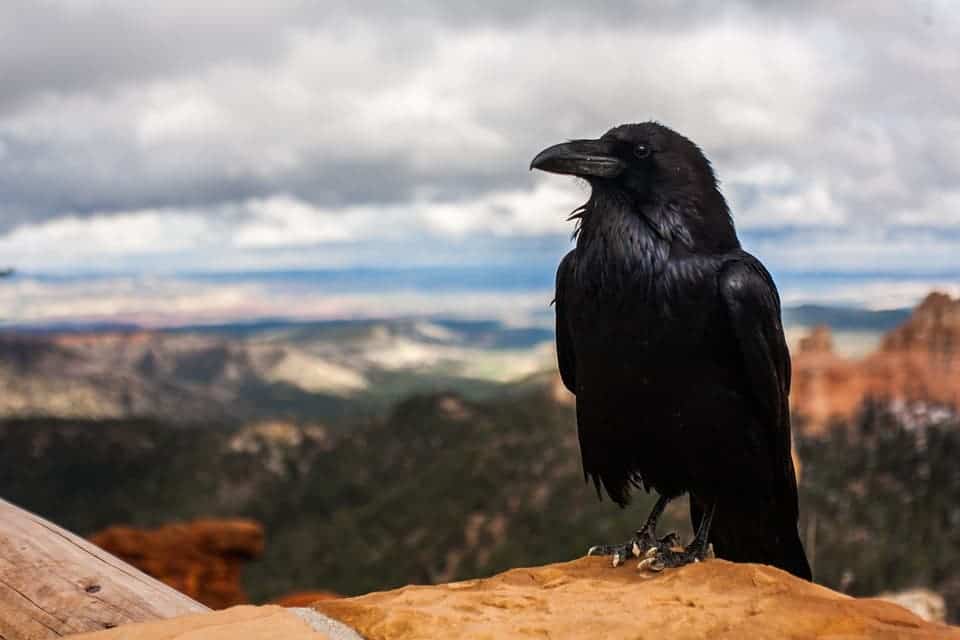 In a rural research farm in Sweden, Mathias Osvath, a cognitive zoologist at Lund University in Sweden devised a fairly straightforward, though painstaking plan. For five years, Osvath grew a group of ravens. He played with them, observed them, and trained their intellect. He witnessed them getting smarter and develop special relationships with his students (one of them liked pecking on a student’s head). It was a fascinating process in itself, but this wasn’t just a hobby. He wanted to see how smart the ravens can get. Together with graduate student Can Kabadayi, he moved on to the next stage.

They took a series of experiments previously used to assess the cognitive capacity of apes, and replicated them. But instead of using apes or any kind of primate, previously thought as the only animals able to pass the tests, they used the ravens.

We’ve known for quite a while that ravens are no bird brains. Previous research had already shown that they can use tools, solve a dazzling array of problems, and even hold a grudge. Osvath and Kabadayi took it one step further. They first taught the birds to use a tool to solve a puzzle — it’s a remarkable achievement in its own right, but this had been demonstrated before. The goal of the puzzle was to open a box with a delicious treat which the birds love.

Then, researchers took both the tool and the box away. After one hour, they gave the ravens a choice of other things, including the tool (but not the box), and a smaller reward. After an additional 15 minutes, the original box was brought back to them. The birds didn’t take the bait: 80% of ravens took the tool and waited for the big reward, and 86% of them then used it to open the box and take the reward. When the test was re-taken with a 17-hour delay in returning the box to the ravens, results were even better: 90% of the ravens took the tool. They did so well that they surpassed not only primates, but even small children.

“It’s not just the fact they have these skills independently. But to use them together to make these complex decisions, that’s what makes it so amazing,” said Osvath, in Lund, Sweden.

He compared it to a decision process we’d attribute to humans, not animals.

“Say you’re planning a trip to London, and you know how often it rains there. So you bring an umbrella, even though it’s not raining now where you are. That’s what we are talking about here, planning based on past experience,” Osvath said.

Other researchers have also praised the study. They say it’s a significant breakthrough in our understanding of these birds’ intellect. Despite their previous accomplishments, there was nothing to indicate that ravens could understand a concept as complex as delayed gratification.

“There was no real proof that [ravens] actually can transfer a cognitive ability in future planning to other behaviors,” says Markus Böckle, a professor of psychology at the University of Cambridge and co-author of a related commentary in Science who was not involved in the study. “This is the first time we have clear evidence in any animal” besides humans.

This also takes another thing from the ‘unique’ list of human characteristics. The fact that ravens outperformed not only all apes but also four-year-old children raises a lot of question about intelligence itself. How did creatures as different as primates and birds exhibit similar cognitive capacities? Is it a capacity that emerged from a common ancestor, or is it something that developed in parallel? We don’t really know yet.

“It is really surprising to see ravens were better at solving two planning tasks than great apes and children presented with similar problems,” says Alex Taylor, an animal cognition expert University of Auckland in New Zealand who was not involved in the new study.

However, Taylor also notes that the results are not beyond interpretation. He suggests that instead of understanding the experiment and making the optimal decisions, ravens might actually be outsmarting the experiment (which would be just as interesting). He says that ravens might not be in fact thinking of the future, but would just pick the object they associate with the most food, and figure things out as they go.
Future experiments will help sort out this intriguing possibility, but for now, one thing’s for sure: we humans and our intellect are not as unique as we like to think.
The study has been published in Science.
Tags: intelligenceraven