They're as wise as crows in this respect. A tasty treat helped, of course.

Sneaky raccoons solved an ancient Greek puzzle mentioned in one of Aesop’s fables, which suggests they’re capable of understanding water displacement, at least on a basic level.

In the ancient Greek fable written by Aesop called the ‘Crow and the Pitcher’, a thirsty crow realizes its beak can sip water from a pitcher if a stone is thrown inside to raise the water level. In 2014, a team at the University of Auckland showed that this story is actually firmly rooted in reality after they found New Caledonian crows (Corvus moneduloides) understand how to displace water to receive a reward, on the same level as a 5-7 year-old child.

A grasp of water displacement principles signifies higher cognitive abilities, and an experiment involving eight raccoons (Procyon lotor) held in captivity suggests these animals may be no worse than a crow in this respect.

The team of American scientists led by Lauren Stanton of the University of Wyoming challenged the raccoons to retrieve tasty floating marshmallows from a fifty-centimeter tube partly filled with water. Their hands are thin enough to fit through the clear plastic tube, but not long enough to reach the food by themselves unless the water level is raised.

First, however, the scientists were careful to introduce this possibility into these rascals’ minds. Previously, studies on birds or human children showed they first need to be trained when attempting such puzzles otherwise we risk drawing false conclusions.

To train the raccoons, the scientists placed balancing stones on the rim of the tube so that when a raccoon knocked the stones in, the water level would be raised accidentally. Many great discoveries start by accident and a great deal of learning done by humans is incidental.

Seven of the raccoons interacted with the stone and four of them reached for the marshmallow reward after accidentally knocking the stones in the water. Two of these four opportunists learned they could pick objects off the ground and drop them into the water to get a reward next time.  A third raccoon also got a treat, though she didn’t technically solve the puzzle. This raccoon surprized scientists, reaching the marshmallow by overturning the entire tube and base, which were quite heavy. Viva la revolución! 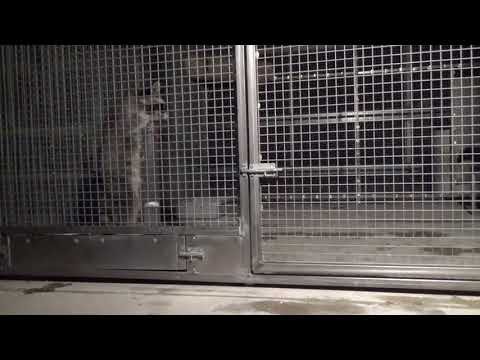 Video footage from Raccoon 29’s eleventh tool use trial. He moves the cup around the opening of the tube with his paws and mouth for several seconds before releasing it into the tube. He then quickly grabs the handle of the cup before it sinks, and retrieves a piece of marshmallow as he pulls the cup out of the tube. Credit: Springer.

To see whether the two raccoons who had successfully solved the puzzle really understood water displacement, the researchers left different objects around them which the mammals could use for the task. These objects included large and small stones or sinking and floating balls, for instance. If the raccoons genuinely grasped water displacement, they should have used those objects that displace the most water, such as the large stone and sinking balls. 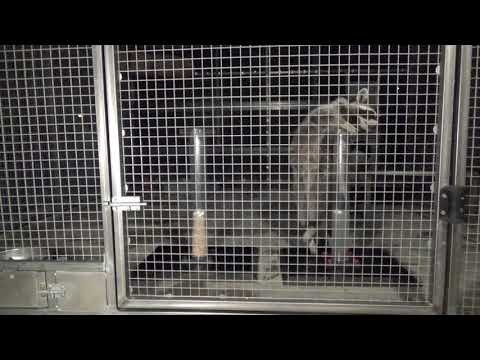 Video footage from Raccoon 29’s second substrate trial. He first drops a stone into the water tube, retrieves and eats a piece of marshmallow, then selects a second stone and drops it into the corncob tube. After he is unable to obtain the reward from the corncob tube, he returns to the pile of stones, makes a selection, and heads toward the water tube. Credit: Springe

The raccoons didn’t always pick the optimal route, performing differently from birds and human children. The sample size is quite small, but Stanton believes this behavior is indicative of the animals’ exploratory reputation and dexterous paws and not necessarily a reflection of their cognitive abilities

“We found raccoons to be innovative in many aspects of this task, and we observed diverse, investigative behaviours that are unique to raccoons,” says Stanton, adding that the way in which the experiment was conducted might also have played a role.

Next, the researchers plan on running more experiments with the raccoons. “We can’t wait to see what they do next,” said Sarah Benson-Amram, a scientist at the University of Wyoming and co-author of the new paper published in the journal Animal Cognition.