How UV lights could end up saving crane species

by Mihai Andrei
in Animals, Design, News
Reading Time: 3 mins read
A A
Share on FacebookShare on TwitterSubmit to Reddit

Cranes are some of the most iconic bird species in the world — but they’re declining rapidly due to several factors, most of which involve human activity. Lethal collisions with power lines, for instance, are an ongoing threat to many crane populations. Several approaches have been tried to make these lines more visible, with varying degrees of success.

Now, a new study reports that adding UV lights — to which many birds are highly sensitive — can decrease crane collisions with power lines by 98%. 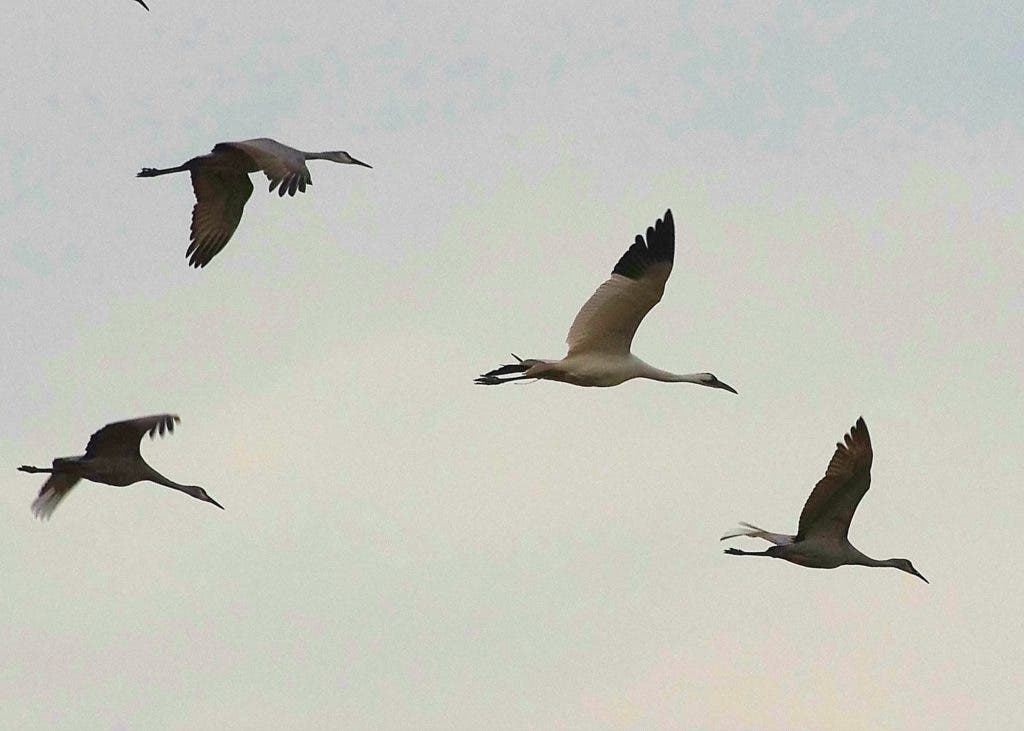 Cranes are a family of long-legged birds inhabiting all continents except Antarctica and, mysteriously, South America. Most species of cranes are dependent on wetlands and require large areas of open space. They tend to fly over large distances, although some species don’t migrate at all. For decades, researchers have reported that some cranes tend to fly into power lines, which is extremely dangerous to the birds and can easily be fatal.

James Dwyer and his colleagues from EDM International, an electrical utility company, created what they call the Avian Collision Avoidance System, or ACAS. The system essentially involves a set of UV lights mounted on power lines’ supporting structures.

They tested its effectiveness in 2018 at Nebraska’s Iain Nicolson Audubon Center, where a power line crosses right through a key habitat for migrating Sandhill Cranes. Randomly switching the ACAS on or off each night, researchers observed the behavior of cranes flying along the river at dusk and during the night. They documented 98% fewer collisions and 82% fewer dangerous flights when the ACAS was on.

“This project came about as a result of years of studying avian collisions with power lines throughout North America. My studies included collisions involving numerous species and families of birds, even on lines modified to industry standards to mitigate avian collisions, and I thought perhaps there could be a more effective approach,” says Dwyer.

Even so, the results were so good that they surprised even him.

“I did not imagine that the ACAS would have the effect that it did–a 98% reduction in collisions! I thought it would have some effect, but I didn’t dare think the ACAS would pretty much solve the Sandhill Crane collision problem at our study site on our first try,” he adds.

This is still a case study — the technology needs to be verified on multiple types of power lines and in multiple habitats. Dwyer also says that effectiveness ACAS needs to be investigated on other smaller species, which may also be at risk of collision with power lines.

“Because large carcasses like those of cranes and waterbirds are more easily noticed than smaller species like sparrows and warblers, collision studies have mostly focused on those larger species, and I fear that we may not understand the true distribution of species and habitats involved in the global avian collision problem.”

The study was published in The Condor: Ornithological Applications.