Skinny dippers in Scandinavia, beware! Pacu fish can bite your testicles off

by Mihai Andrei
in Animals
ADVERTISEMENT

While in the Amazon, a certain pointy fish that crawls up a certain male organ sends shivers in the spines of potential swimmers, in Scandinavia, another Brazilian fish is threatening the genitals of unsuspecting skinny dippers; it’s not the famed piranha, but its cousin – the Pacu. 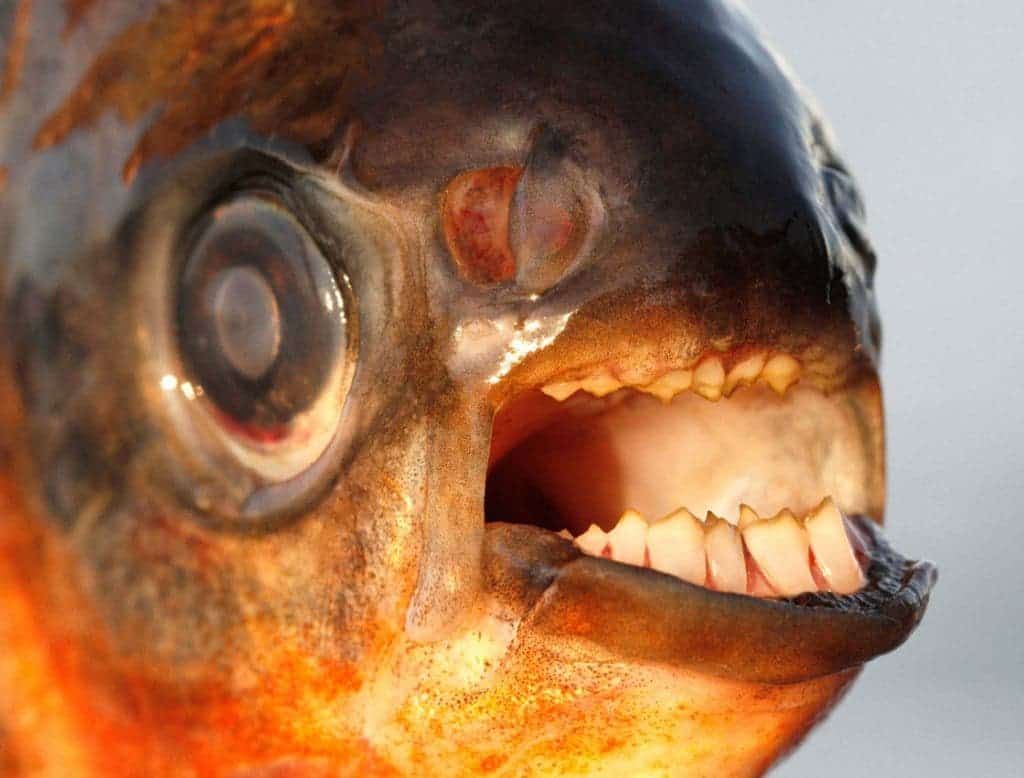 The Pacu naturally has a small mouth, eating nuts, fruit, and small fish, but human testicles are just as tempting – especially if the water is cold. Of course, it’s not normal to get your testicles bitten off, and you’re much more likely to drown then stumble upon a Pacu, but that’s still a possibility – one that pains even when you think about it.

So what is a tropical fish doing in Northern Europe? An amateur fisherman, Einar Lindgreen, found the specimen in the Øresund Sound, a body of water that separates Sweden and Denmark, and took it to the museum in Copenhagen, where the discovery was confirmed. Still, it’s not clear if this was simply a wandering, unlucky specimen, or if we’re dealing with something serious here.

“Discovering whether this fish is a lone wanderer or a new invasive species will be very exciting. And a bit scary. It’s the first time this species has been caught in the wild in Scandinavia,” says Peter Rask Møller, an expert from the museum.

In the past two years, a man in Illinois was bit by a Pacu, and two people in Indonesia had their testicles bitten off entirely. Pet stores sell pacu as small as 5–8 cm, but they can easily weigh over 20 kg.