by Mihai Andrei
in Animals, News
Reading Time: 5 mins read
A A
Share on FacebookShare on TwitterSubmit to Reddit 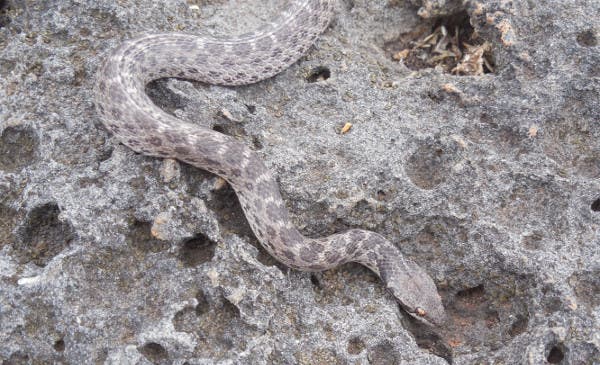 1100 km off the coast of Mexico, there lies a small chunk of rock called the Clarion Island. Formerly called Santa Rosa, the island has an area of under 20 square km; no one lives there, and aside for a few Mexical sailors which come and go every couple of weeks and biology researchers and students, no one really visits it. The island has a unique wildlife, and it is the only home of the Clarion burrowing owl (Athene cunicularia rostrata), the critically endangered Clarion Island whipsnake (Masticophis anthonyi), the Clarion Island tree lizard (Urosaurus clarionensis), as well as several endemic species.

Biologists thought they identified every species living on the island, but they missed something. All the way back in 1936 a naturalist named William Beebe visited the island and wrote about another vertebrate (a snake) that no one else had seen since. But later research discounted his discovery. B. H. Brattstrom visited the island several times in the 1950s and never saw the snake, so he claimed that Beebe miscatalogued the species. Beebe’s expedition traveled thousands of kilometers and gathered numerous species, so he believed a simple mislabel was the cause.

“It’s conceivable,” acknowledges Daniel Mulcahy, a researcher with the Smithsonian’s National Museum of Natural History (NMNH). “But on the other hand Beebe was a very well-known naturalist. He took very good notes. For him to make an error like that, you wouldn’t expect it.”

Fast forward to 2012 – Mulcahy starts researching the island, and gets in contact with biologists – none of them had seen Beebe’s snake, and no one really seemed to believe in its existence. So he began the detective work – he borrowed Beebe’s specimen and started to list of everything that Beebe collected on the expedition, so he could retrace his steps; and in the final pages of the expedition’s journal – the found the key. Beebe detailed a beach where sea turtles build nests – there he came across a 45-centimeter snake moving against an outcropping of black lava rock:

“I saw a small, dark brown snake,” he wrote in the book, Zaca Venture. “It seemed to be unlike the one I had found in the daylight”—the much larger whipsnake—”having lines of black spots on the body.”

He knew that that was the key to the puzzle. 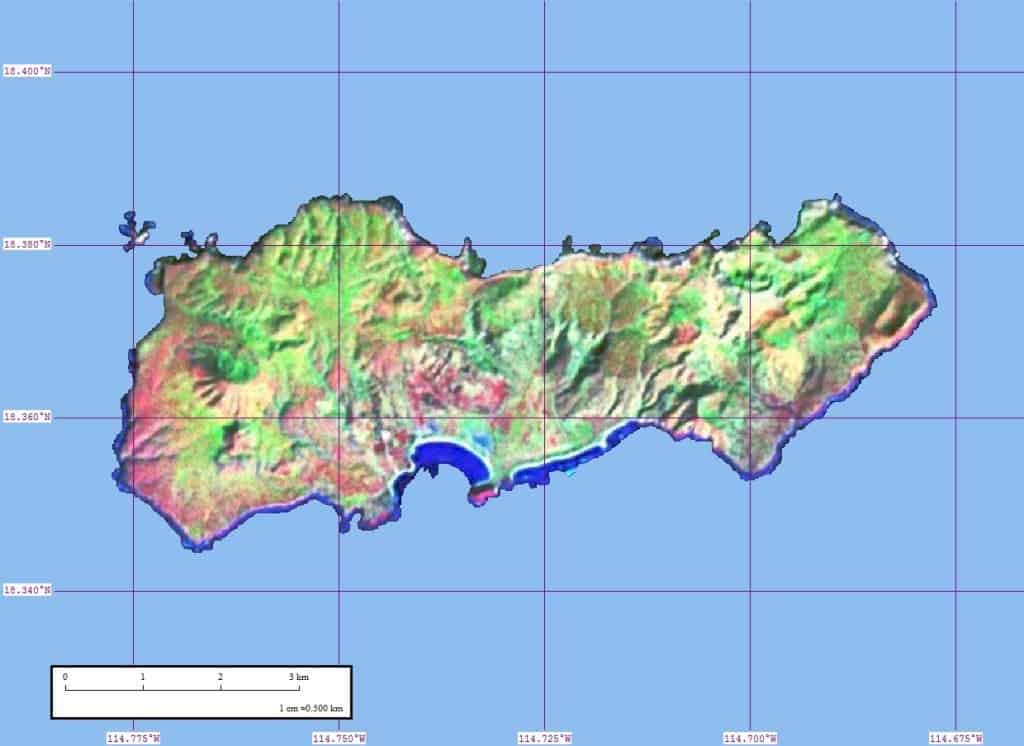 He took a huge gamble, and decided to actually travel to the island to find Beebe’s snake.

“It was a big risk,” Mulcahy admits. “I’m a technician at a molecular lab. They don’t pay me to go out and chase things. I had to get funding elsewhere.”

The journey also required approval from the Mexican Navy, and the entire mission lastet no less than a month. But even afteer gathering funding and working his way onto this mission, things were dire – when he reached the island, his heart sank.

“All of the bushes were shriveled and twisted like twigs,” he says. “It turned out the military had a controlled burn that got out of control. It scorched the area.”

But he didn’t give up (after all, he traveled thousands of kilometers just to get there); he started looking around, retracing Beebe’s steps. 79 years later, he was finding the same things.

“Along the eastern edge of the beach there’s a small knoll of black rock. We thought, that’s good habitat. It’s not burned.” They decided to explore it that night. “We were hoping for a lot, but not expecting much that first night,” Mulcahy acknowledges. “The four of us were talking and finding lizards and spiders and things.” Then one of the students on the expedition, Juan Cervantes, shouted two magical words: “Una culebra!”—a snake. “We all ran over,” Mulcahy says. Cervantes pointed into a hole and said the snake had gone inside. “It was a small hole. I removed a softball-sized rock and underneath—there it was. I thought, ‘Oh my god, we did it.’ We quickly pulled it out. It was amazing. We were jumping up and doing high fives.”

Indeed, an amazing story – a scientist working in a molecular lab traveling a thousand kilometers and more off the coast of Mexico to find a snake described by a naturalist almost a century ago! Definitely not something you hear every day. He then analyzed the samples back home, and confirmed the finding: 79 years later, the mystery was solved.

Now, he believes, the next step is to protect them.

“These island ecosystems are fragile and easily disturbed,” he says.

The main threats are feral cats, rabbits and pigs – probably brought many years ago, and now out of control. The invaders have already changed Clarion. When Beebe wrote about it, he described it as an island filled with impenetrable cacti – now, almost all of them are gone. Clarion island has no source of freshwater, and the cacti were probably eaten as a water source.

“We found less than a dozen prickly pear cactus plants on the island in the 15 days we were there,” Mulcahy says. “They’ve been almost completely obliterated.”

Hopefully, conservation measures will be taken before an island-wide disaster takes place, and all the living species are obliterated due to the lack of water.

Scientific Rerefence: Rediscovery of an Endemic Vertebrate from the Remote Islas Revillagigedo in the Eastern Pacific Ocean: The Clarión Nightsnake Lost and Found