The largest solar flare since 2006 occurred Tuesday, when a massive amount of plasma was ejected at a speed of over 4 million miles per hour, causing some significant problems on Earth, forcing planes to reroute, knocking out power grids and blacking out a number of radios. 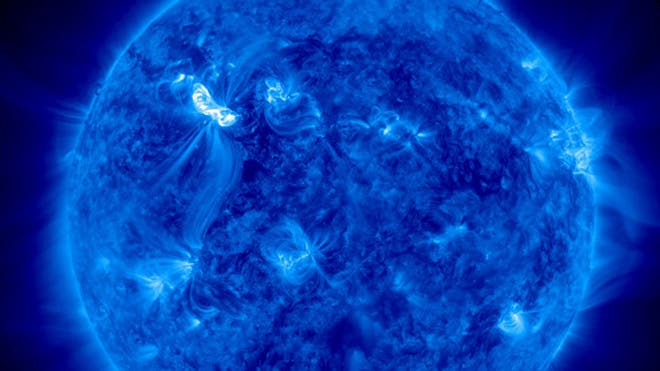 Matter of fact, there were two solar storms, both of which were ranked as X-class storms – the strongest type of solar storm possible. They came following some other weaker, but significant storms that took place on Sunday.

“Some have already taken action to reroute to ensure their [high-frequency communication],” Kunches said.

“By some measures this is the strongest one since December of 2006,” Kunches explained. Solar activity has already led to an R3 level radio blackout on NOAA’s space weather scale, he explained, a midstrength event on a scale that reaches to R5. Such effects are caused by X-ray emissions from the sun.

Geomagnetic storms typically lead to surges in power lines, issues with satellites, and affect GPS users because of the charged atmosphere; also, highly precise calculations and the high-frequency communications that airplanes rely on are affected, to the point where planes have to change their routes.